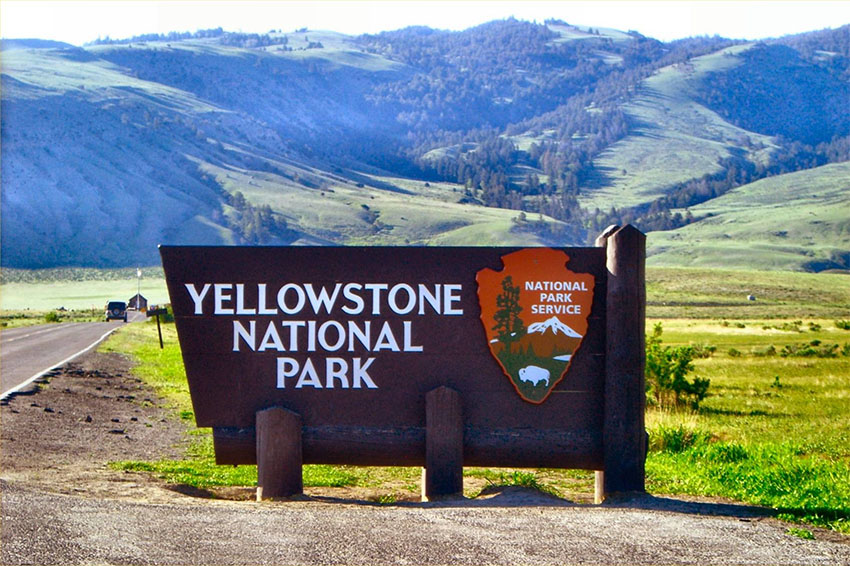 Last week the Lady Lake Chamber of Commerce had its annual meeting and awards ceremony. It was an in-person event but there was social distancing. There were six of us at our table. About halfway through dinner, we were talking about TV shows and one of the women across from me mentioned a show called “Yellowstone”. I had never heard of it but apparently it is a popular show. I still haven’t had a chance to start watching it but it is on my list of shows to see, and this chance conversation about it inspired me to write about Yellowstone National Park today. The show isn’t about the park but it takes place in the surrounding area from what I understand. 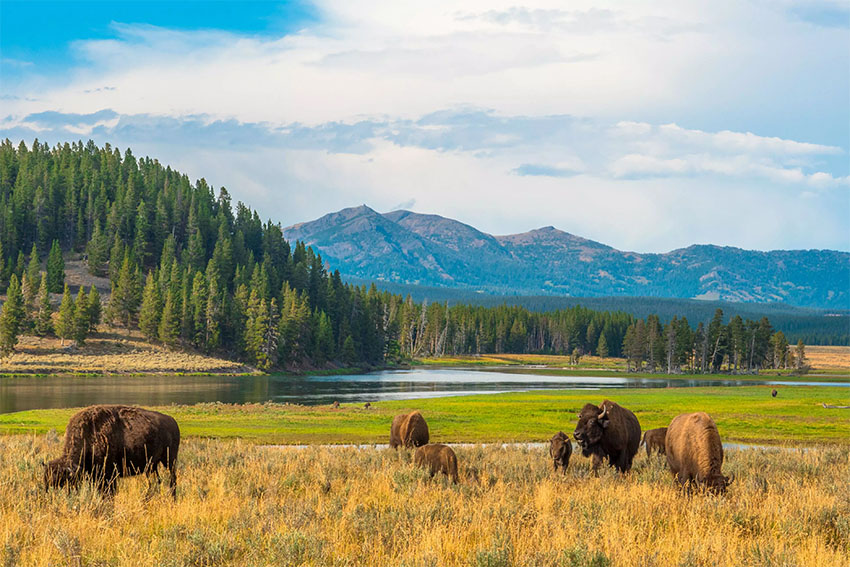 Yellowstone National Park is the nation’s oldest national park. It became a national park in 1872 and resides for the most part in Wyoming. There is a small portion (3%) that is in Montana and 1% of it is in Idaho. Evidence of people living in the park can be traced back to around 11,000 years ago from tools discovered which were made from Obsidian specific to Yellowstone.

On the Idaho side, there is a 50 square mile area of Yellowstone National Park known as the “zone of death”. It is an uninhabited part of the park that resides in the District of Wyoming and the state of Idaho. If you were to commit a crime (to include murder) in this area you could in theory get away with it. To be prosecuted for anything that happens here you need jurors from both the district and state because it is federal land. Idaho doesn’t have any courthouses in this area and there are no people living here. This means that you could not have a fair trial because the government would not be able to put together a jury.

If you happen to go to Yellowstone National Park and you are not looking to break the law, there are plenty of fun things to do there! 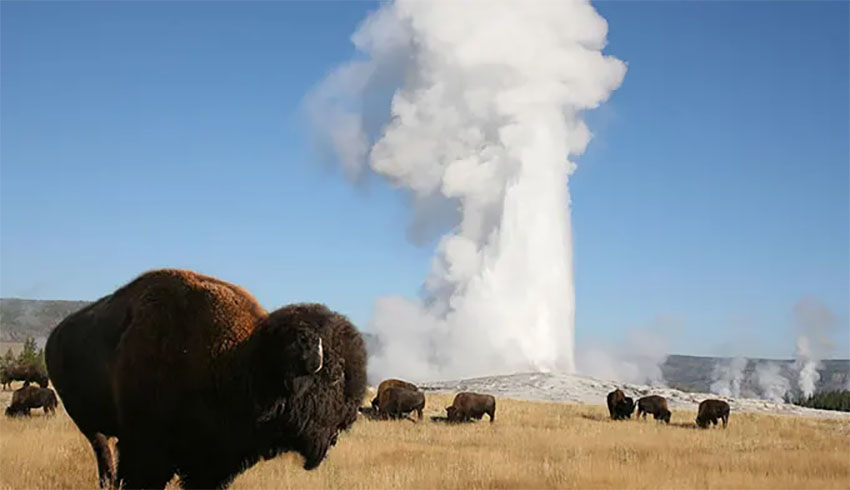 The main attraction that the park is known for is Old Faithful. This geyser erupts on average 20 times a day. It got its name because of its predictable eruptions. However, they are not something you can predict far into the future. The geyser erupts about once every 60 to 110 minutes. It is predictable because if you measure the height and duration of an eruption, you can predict (to within a 10-minute window) when the next eruption will take place. On average it will reach a height of about 130 to 150 feet and will erupt for between 1.5 and 5 minutes. Depending on how long it erupts, it is estimated to shoot out between 3,700 and 8,400 gallons of water.

For those with kids or those who like dinosaurs, the Disney-Pixar movie “The Good Dinosaur” was inspired by Yellowstone. This area of Wyoming has a history of having some of the best-preserved dinosaur bones in the U.S. There are several places in the area to see the bones including the Wyoming Dinosaur Center, the University of Wyoming Geological Museum, the Wyoming State Museum, Tate Geological Museum at Casper College, and Paleon Museum in Glenrock. At the Wyoming Dinosaur Center in Thermopolis, you can even be a paleontologist for a few hours digging and cleaning bones! 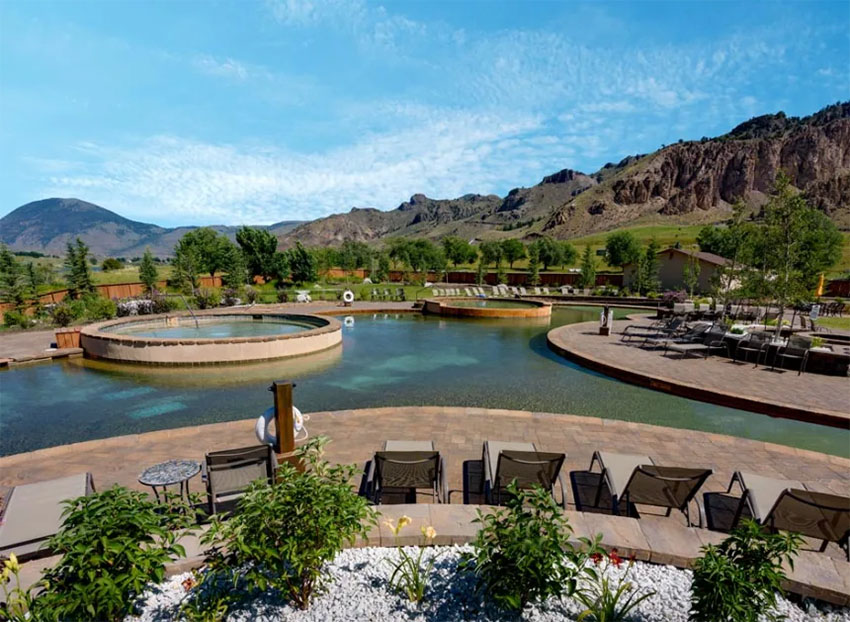 Want something a little more relaxing to do? Just a few miles from the entrance to the park’s North Entrance in Gardiner, Montana is the Yellowstone Hot Springs. One-hundred-and-fifty-degree water is pumped a mile and a half from the hot springs to feed five pools, a 105-degree hot plunge, a 98-degree warm pool, a 68-degree cold plunge, and two Kneipp pools to rejuvenate the whole body. The hot springs move about 70,000 gallons of water through them over an eight-hour period so you can visit in the morning and come back at night and have completely new water to hang out in.

Wildlife is something you will find plenty of in this area of the country. Bears, elk, buffalo, wolves, bison, and many more animals roam freely out here. If you want a guarantee of seeing some of these animals there are several preserves you can visit. Yellowstone Bear World near Rexburg, Idaho is a preserve with over 60 wildlife animals roaming around. You can go through the preserve in the safety of your car. There is also the not-for-profit Grizzly & Wolf Discovery Center in West Yellowstone, Montana. This is a must-see on your visit as you will get to watch grizzly bears and wolves in their native environment. 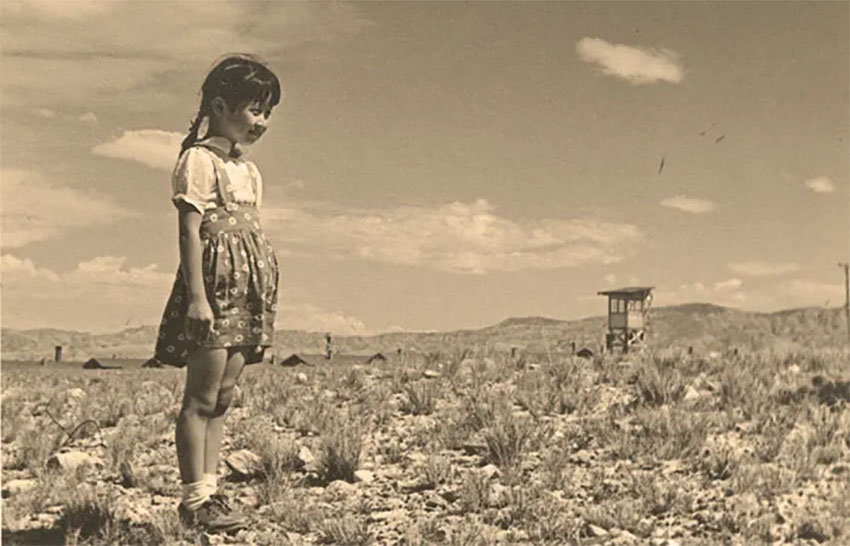 There is a lot of history out in the Midwest. Some history shows the best of mankind, and some of it not so much. An example of the latter being Heartbreak at Heart Mountain. This is a World War Two Japanese American Confinement Site. It was in operation from 1942 until 1945. There were 10 sites around the country like this one but what makes this one different than the rest are the stories you will learn when you visit. They are told from the perspective of those who were prisoners here.

You can even go treasure hunting here. Millionaire and retired Santa Fe, New Mexico art dealer, Forrest Fenn hid a 42-pound treasure chest somewhere in the mountains between the Canadian border and Sante Fe above 5,000 feet. He spent lots of time in Yellowstone and experts believe that his hidden treasure, a 10 x 10-inch box, is hidden somewhere in the 3,400 square miles of Yellowstone. Metal detectors and digging are not allowed in the park. In his books and interviews, Fenn says that the treasure is hidden above ground and in plain sight. (UPDATE 3/21/21: When doing my research for this article I was so excited about going on a treasure hunt when we go to Wyoming that I missed finding out that after 10 years of people searching for it, Finn’s treasure was found in June of last year in the Rocky Mountains part of Wyoming. )

There is so much to do out here that I can’t cover it all in this one email. I can tell you that Diane and I are heading out to Wyoming this summer after we drop our son off at school in Pennsylvania, so expect another newsletter to cover Wyoming. But before I end this, there is one more attraction I want to mention!

When you visit the Idaho side of Yellowstone, be sure to stop at the Idaho Potato Museum in Blackfoot, Idaho. Anything you ever wanted to know about potatoes can be found here. On your way in (or out), you can even get a photo in front of a giant potato! And did you know that you can make vodka out of potatoes? It takes 9.2 potatoes to make one bottle. You can learn the process while at the museum.

If you are planning a Yellowstone vacation later this year or next year, keep an eye out for my next email on this area sometime in late August or early September!