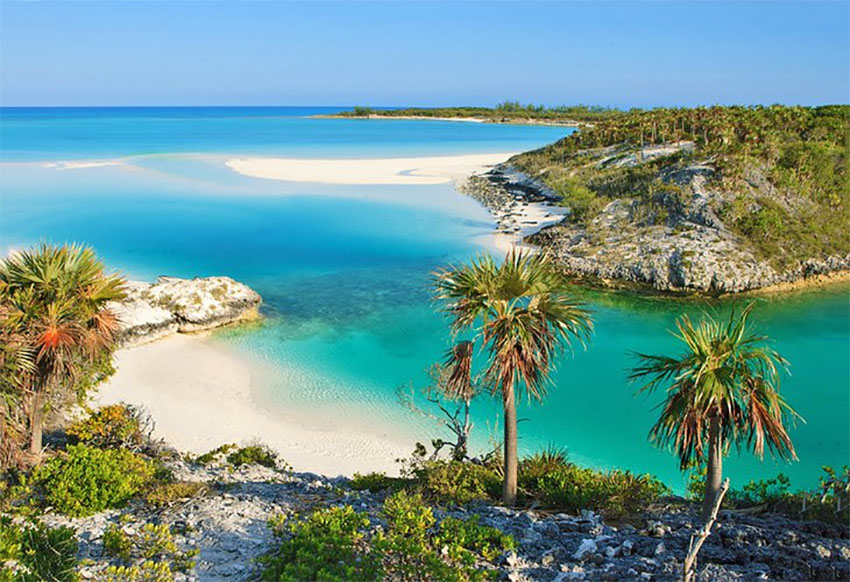 Today we are going to visit the Bahamas! What better way to end the week than an exotic getaway! 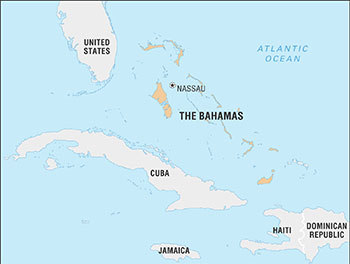 The Bahamas is more than just one destination, it is an island chain of 700 islands of which 16 are major islands. Grand City is the northernmost city in The Bahamas and is almost directly East of Port St. Lucie, Florida. The closest point to the U.S. is Bimini which is 53 miles east of Miami.

The average temps near Nassau run from a low of 65 in January to a high of 91 in July and August. It’s similar to the temperatures you would find in Miami.

If you are planning your trip, the best time to visit is during their high season which runs mid-December through mid-April.

Let’s talk a little bit about the history and our friend Christopher Columbus…he seems to have a reoccurring role in several of my articles. 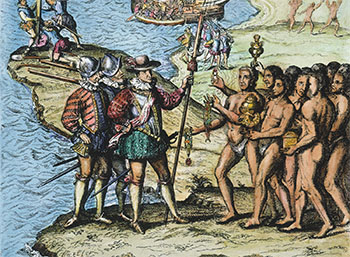 From about 900 AD to 1500 AD The Bahamas Islands were occupied by a group of people called the Lucayan. They migrated to The Bahamas from what is now known as Cuba. The Lucayan were peaceful people who lived off the ocean. They designed a basic political structure, social society, and religious system.

In 1492 there were about 40,000 Lucayans in The Bahamas when Christopher Columbus arrived. He made landfall on his way to the New World and called The Bahamas “Baja mar” which means Shallow Sea. Baja Mar is now known as the Islands of the Bahamas.

In only about 25 years the Lucayans were wiped out due to disease, hardships, and slavery. 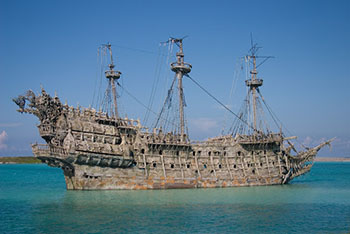 From 1649 until 1973, The Bahamas was under British rule. Like most countries that are newly formed, there is not much government control throughout the entire country. From the late 1600s through the early 1700s The Bahamas islands were overrun with pirates and Privateers. There are stories of pirates burying treasures on these islands which to this day still have not been recovered.

By 1718 Woodes Rogers was appointed as the Royal Governor to get the islands under control. He granted amnesty to 300 pirates who surrendered and the rest were either hanged or fled the islands.

From 1861 to 1865 the islands prospered. When the American Civil war broke out, blockades were keeping the British Ships from getting to America. Blockade runners would sail to the Bahamas and trade cotton with the British ships in The Bahamas. The runners would then return to America and make huge profits on the products they traded for. 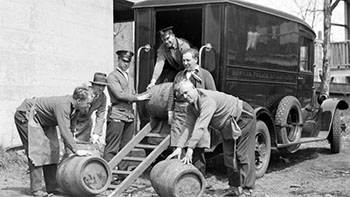 From 1919 to 1934 while we were in prohibition, the Bahamas were using prohibition to pad their pockets. Run runners would bring rum over here and sell it for a huge markup. That is until 1926. The rum runners wanted to get smart and start making their own rum and were putting it into branded bottles and selling it here. People were able to tell the difference and blacklisted the rum runners from The Bahamas.

Until 1989 The Bahamas didn’t do so well financially. In 1989 they got a boost to their economy when the Hotel and Steamship Act of 1989 came. This gave the islands the chance to get government support to build hotels and a travel industry support system.

So now that you have a bit of history, let’s look at some of the exciting things you can do when you go to The Bahamas, other than look for buried treasure. 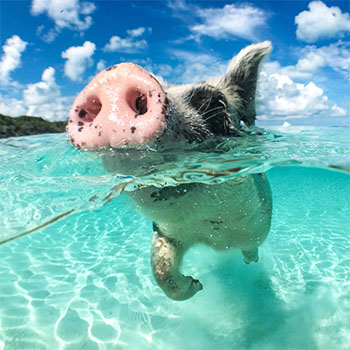 First up is swimming with the pigs! Who wouldn’t want to do this? On the island of Big Major Cay, there are about 20 pigs. No one knows how they got here and they are not native to the island, but they are there and they like to swim. And once you are done swimming with the pigs, why not head over to Compass Cay where you can swim with docile sharks! And when you are done there, you can find me on the beach nursing a Piña Colada and tell me all about it.

If you like fishing, there are just about any type of fish you would want to catch here. There are wahoo, blue marlin, blackfin tuna, snapper, grouper, yellowtail, barracuda, kingfish, and dolphinfish. I’m not a fish person so I am sure there are others that I missed but these are some of what I found in my research. 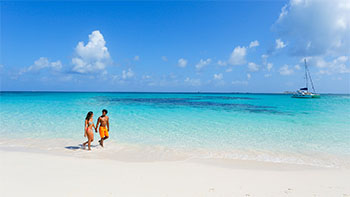 With over 700 islands, it’s not hard to find a spot on the beach (or even an entire beach) to have all to yourself. Chartering or renting a boat for the day and island hopping is popular and gives you the chance to enjoy the islands without being surrounded by hundreds of people.

Don’t forget to get some shopping in while you are in The Bahamas. Their money is called the Bahamian Dollar and is equal to the U.S. Dollar. Both the Bahamian and U.S. Dollar are widely accepted on the islands. There is one downside to shopping here and that is that goods up to $100 are duty-free. There isn’t a local tax on shopping so you do save a little there. 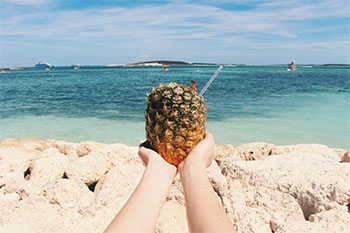 Hawaii isn’t the only set of islands that are known for its pineapples. Eleuthera in The Bahamas is a great place to take a relaxing tour of some of their pineapple farms. If you are up to it, you can even plant your own pineapple on the Eleuthera Pineapple Farm tour!

GETTING THERE AND WHERE TO STAY

Cruise ships go over to the Bahamas all the time. If you do that, you will limit yourself to how long you have on the islands. If you want to make this into a multi-day vacation, flying over and staying at a hotel or resort is the way to go. If you are coming from Central Florida and can get a direct flight – it’s only about an hour or two flight depending on where you are going. 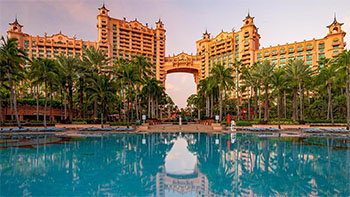 If you are going for more than a couple of days or you want to spend time exploring The Bahamas instead of just being on one island, I would recommend taking some time when planning your vacation to get a map of the islands, draw a line connecting all the islands you want to go to, and then find a central place to call your home. As only 16 of the islands are huge tourist areas, if you are looking to explore some of the smaller islands you may not spend an entire day there. You may also have a hard time finding accommodations on the smaller islands, so having a home base will make things easier. And you are not packing and unpacking every day either!

Once you pick where you are looking to go, I can research that destination and find you some great hotel options as well as dining options. So get with your spouse, family, friends, etc., and pick when you want to go and what you want to do. Then give me a call and I can help put it all together for you.