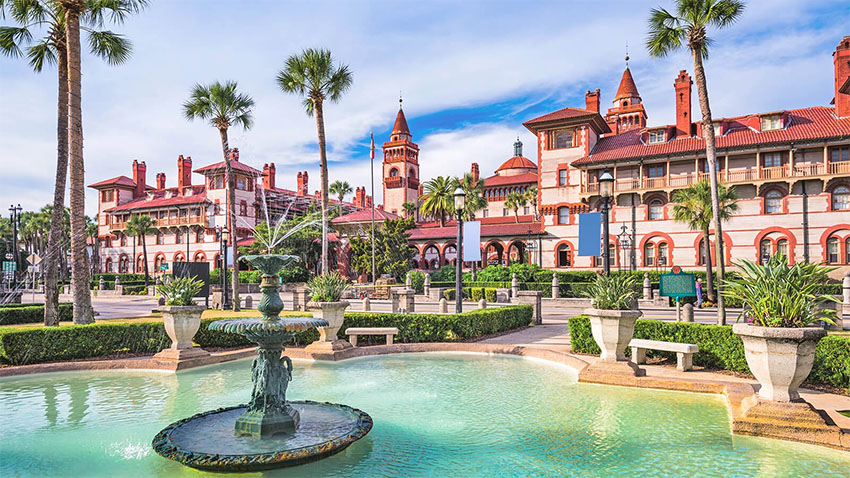 Today I am writing about a local favorite of mine, St. Augustine. I love going to this town because of its history and atmosphere. This is the oldest continuously-inhabited European-established settlement in the continental United States. 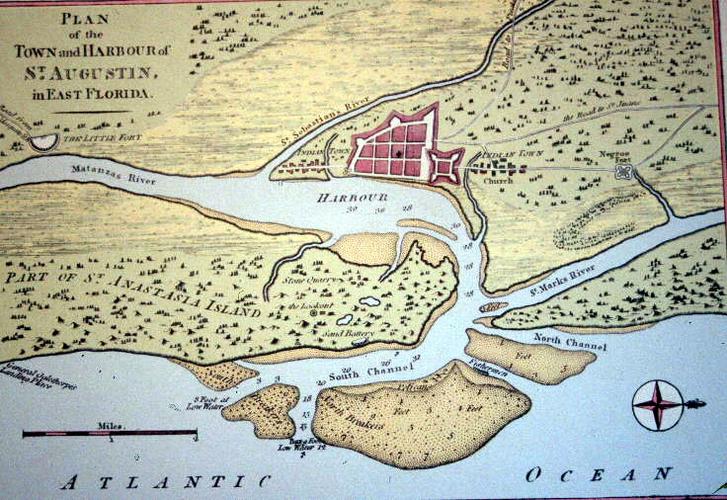 St. Augustine was founded on September 8, 1565 by the Spanish. The British took it over in 1763 and gave it back to Spain in 1783. In 1821 it was given to the United States as part of the Adams–Onís Treaty which basically gave Florida to the United States in exchange for us settling boundary disputes between the U.S. and Spain in Texas.

As the oldest town in the United States, St. Augustine has a rich history including pirate invasions, the town being burnt to the ground, war with the French and British. There are even ghost stories surrounding every aspect of the town. 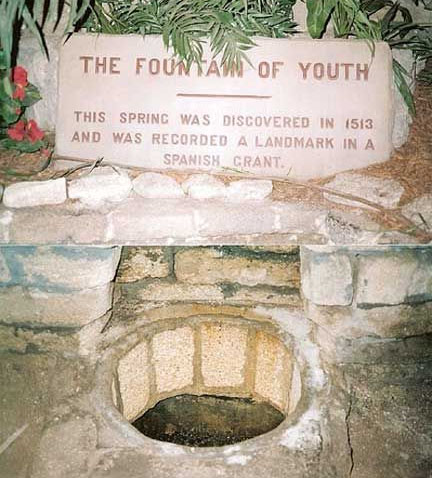 In 1513 while searching for the Fountain of Youth, Ponce De Leon landed a Timucua Village. He believed he was on an island and named it La Florida because it was sighted during the Festival of Flowers at Easter time. During his visit here he discovered the Fountain of Youth.

Today you can visit the Fountain of Youth archeology park and sample some of that age-defying water yourself.

Pirates in St. Augustine – In the early days of St. Augustine pirates were a huge problem. Sir Francis Drake was a pirate responsible for invading St. Augustine in 1586. He burned the city to the ground. Archeologists have found layers of ash several feet underground. Each spring there is a historical re-enactment of Sir Drake’s raid on St. Augustine which is a huge event for the city. 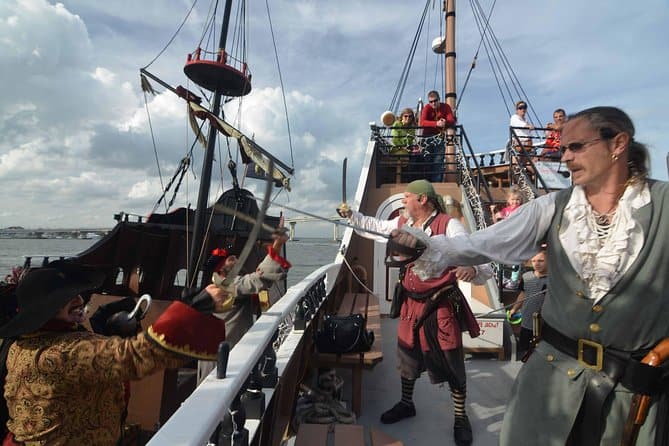 About 80 years after Drake attacked St. Augustine, another pirate by the name of Robert Searle attacked it. Searle was British but rode into St. Augustine on a Spanish ship with his pirates. They devastated St. Augustine. Anyone who wasn’t considered “True Blood” was murdered right in the streets of St. Augustine.

After Searle’s attack, the Spanish decided that it was not a good idea to protect St. Augustine with just a wooden fort and that they had to build something stronger that would last. The old wooden fort was torn down and replaced with the Castillo De San Marcos fort.

Other minor pirate attacks happened throughout the years and there are several re-enactments. There is a pirate museum, and you can even go to a live pirate show on the Black Raven Pirate Cruise. 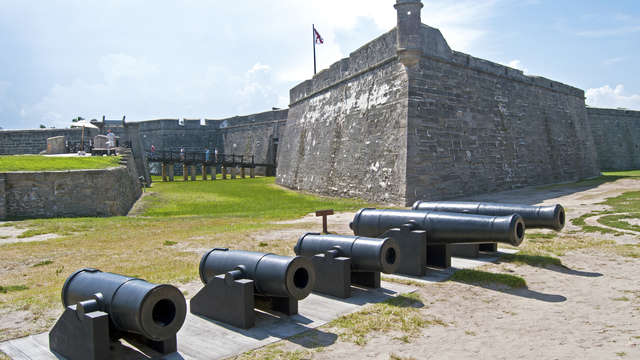 Castillo de San Marcos National Monument – This is the oldest masonry fort in the United States. It was built between 1672 and 1695 to protect St. Augustine from being attacked by sea. While the city had changed hands several times over the years, it was always by treaties and agreements, never by attacking forces.

While Castillo de San Marcos was an active fort, it also served as a prison. Native Americans were held there during the Second Seminole War.Confederate soldiers were imprisoned there during the American Civil War. The fort was decommissioned in 1900. 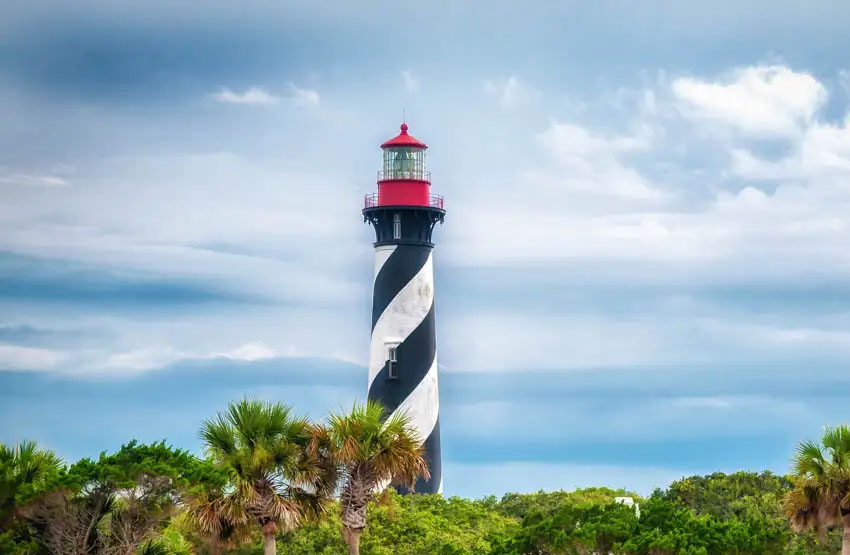 The lighthouse was originally a watchtower to keep enemy ships from taking Anastasia Island. On New Year’s Eve 1782, sixteen British ships wrecked during a nor’ easter while attempting to enter the harbor. After this, the British converted the watchtower to a lighthouse. 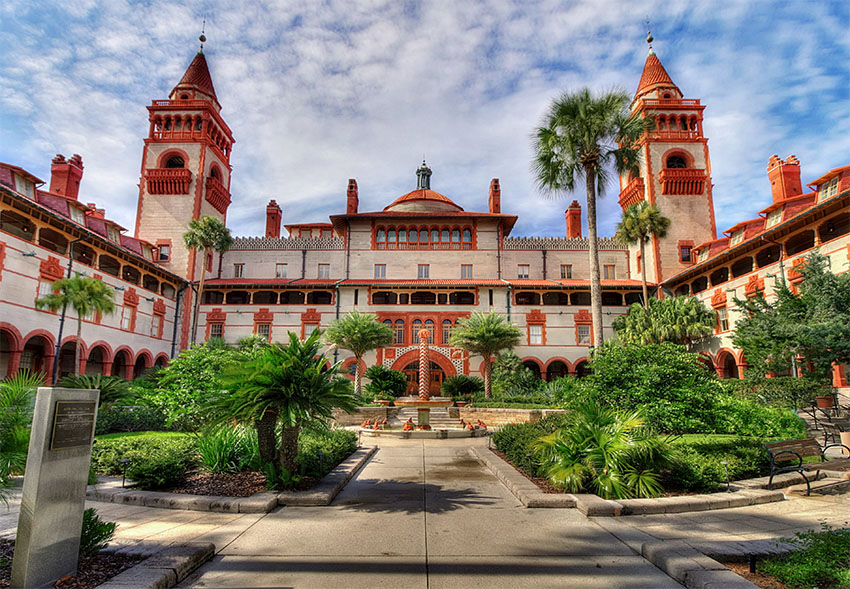 Ponce de Leon Hotel (aka Flagler College) – Henry Flagler came to St. Augustine in 1885 and built the first modern hotel which opened in 1888. This hotel had 540 rooms and was state of the art for that time. The hotel is now part of Flagler College.

Henry Flagler is also responsible for purchasing small railroads and putting them together to make the Florida East Coast Railway. His railway eventually would run from Key West to Jacksonville where it would join other railroads. In 1935 a Category 5 hurricane took out a part of the railroad tracks heading to Key West and the cost to repair them was more than anyone wanted to take on so it was never repaired. 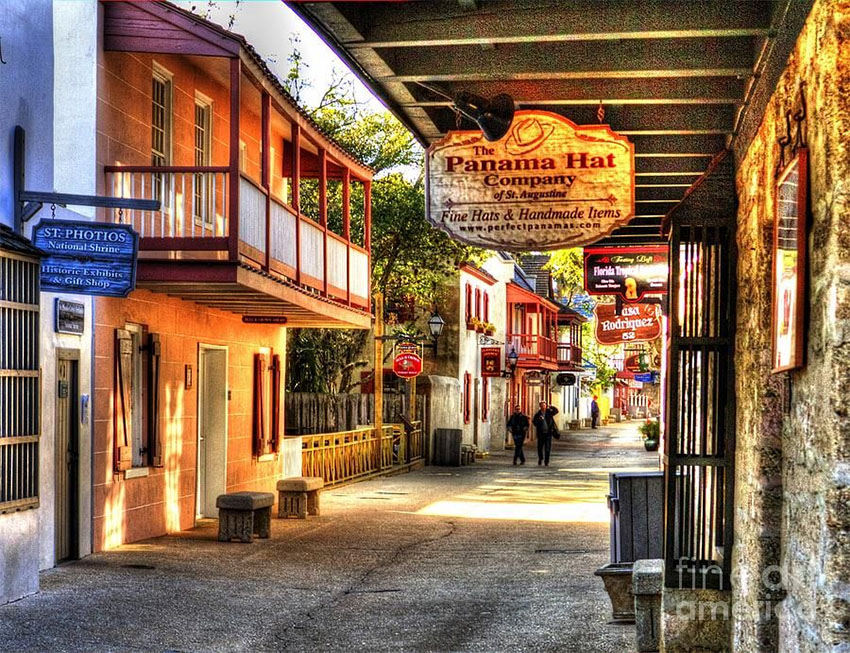 St. George Street – This is the main street in Old St. Augustine. The street starts at the Old City Gates and runs for eleven blocks. The streets are lined with stores, restaurants, and historic attractions on both sides. You can visit the Oldest Wooden School House, the Medieval Torture Museum, The Pena Peck House where many influential families of Spain, Britain, and America have lived; and more.

If you are going to stay overnight in St. Augustine, consider the St. George Inn which is right off of St. George Street. The majority of lodging is at Bed and Breakfast Inns, but there are a few hotel chains in the area. 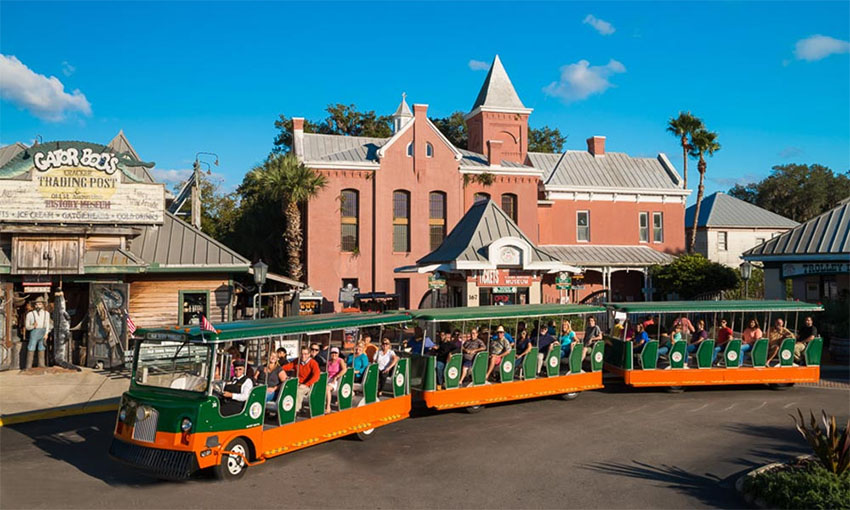 Most of the area is within walking distance of Old St. Augustine. However, there is a hop-on-hop-off bus for a small fee. It’s going to be easier to do that than to try and drive and park all over St. Augustine. When I go with Diane we usually stay at a B&B and just leave our car there the entire time and walk everywhere.

If you do decide to walk everywhere, be advised that if you want to go to the San Sebastian Winery, the St. Augustine Distillery, or the Whetstone Chocolate Factory they are not within ideal walking distance. All three are within a block of one another, but you probably want to either drive there or take the hop-on-hop-off bus to take you out to where they are. 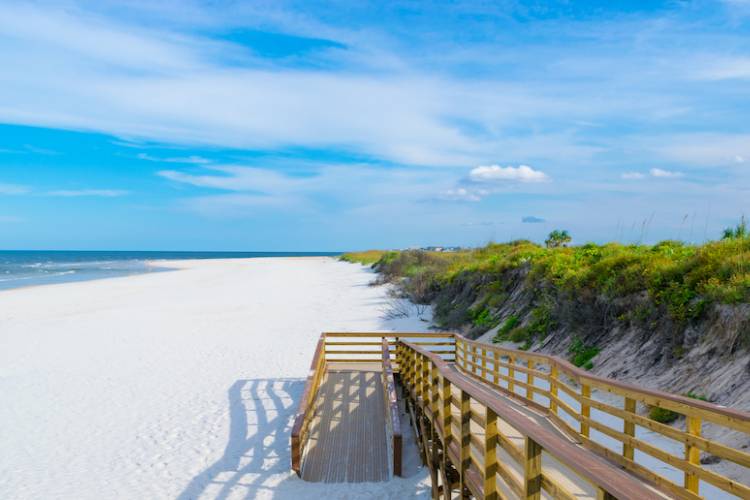 St. Augustine has one of the most beautiful beaches in the state. The water is clear and the beach is well maintained. If you are planning to go to the beach, you will want to drive there if you are staying in Old St. Augustine. There is a draw bridge separating St. Augustine Beach from the mainland.

And the last thing I want to mention is that there are a bunch of ghost tours and history tours you can take in St. Augustine. Both types of tours cover a lot of history and folklore of the city. Some also include extra stops like the Old Jailhouse. I recommend going on a tour if you can work it in.

There is so much more to do in the city than I have space for in this newsletter. If you want to get more information, please let me know.