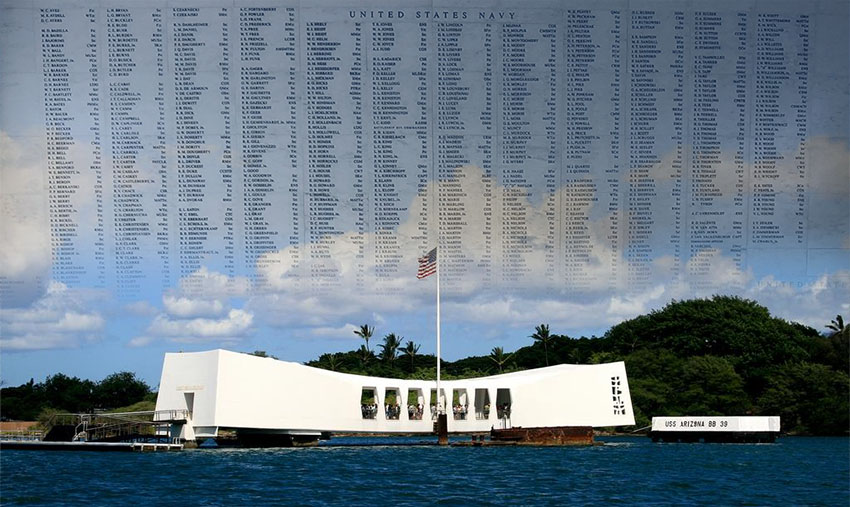 Over the years, Pearl Harbor has become a major tourist attraction when visiting the island of Oahu in Hawaii. It is estimated that over 1.5 million people visit Pearl Harbor each year.

While it is a national park and museum, it is also an active joint Navy and Air Force Base. The largest ships in the Navy can dock here. Many submarines dry dock here for repairs and maintenance as well.

When you visit Pearl Harbor, unless you are visiting someone in the military or there on official government business, you most likely will not be spending time on the actual military base. Most guests and visitors spend their time at the Pearl Harbor National Park experiencing the history of Pearl Harbor.

Pearl Harbor Memorial Park is open daily from 7am to 5pm. The exceptions to this are Thanksgiving Day, Christmas Day, and New Year’s Day when they are closed. 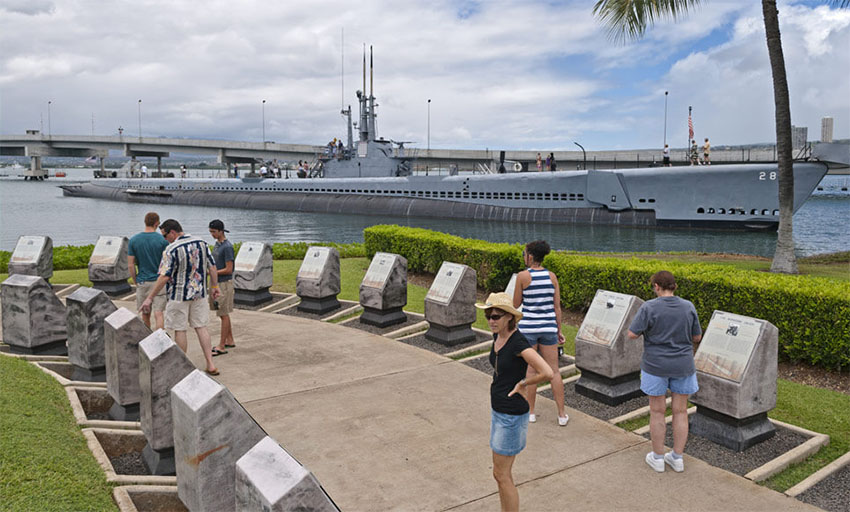 The first place you will visit when you get to Pearl Harbor is Aloha Court. This is where you will be briefed on what there is to do while you are in the park. You will also get your tickets here. Admission tickets are free. Tickets to the two museums and the USS Arizona are free also. They give out tickets to control how many people are there at one time. If you want to go during one of the busier times of the year such as the Christmas season, expect to either get there as soon as they open or pre-order your tickets. When I have customers going to Oahu, part of my service is to order those tickets for you.

In addition to the free tickets, there are some things you will pay for. If you want to have an audio headset for a self-guided walking tour, there is a rental fee. Two of the main attractions, the Battleship Missouri Memorial and the USS Bowfin submarine do have fees. At the time of writing this, the Missouri is closed until further notice.

Once you are in the park there are plenty of things to do. You will have a set time when you can go to the USS Arizona, so plan your day around that.

USS Arizona Memorial: This memorial structure is anchored directly above the sunken wreckage of the USS Arizona battleship that exploded and sank during the December 7, 1941 attack on Pearl Harbor. When it was attacked, 1,177 sailors were lost. The memorial program starts in the Pearl Harbor Memorial Theater with a 23-minute documentary film about the attack on Pearl Harbor. After the film, you will take a Navy shuttle boat to the memorial where you can take pictures, browse the wall of names (which include the names of all 1,177 sailors who lost their lives on the Arizona), and stand in awe as you look down upon the battleship beneath the memorial. This program lasts 45 minutes.

Exhibit Galleries: There are two galleries to visit, “Road to War” and “Attack“.

“Road to War” details the lead up to when we entered the war. It shows the tension that was building up in the United States before the attack on Pearl Harbor. Photographs, documents, and memorabilia paint a picture of what life was like before the attack on December 7th, 1941.

“Attack” focuses specifically on the attack on Pearl Harbor. Newspaper articles, artifacts, and photographs show how staying out of the war was no longer an option. 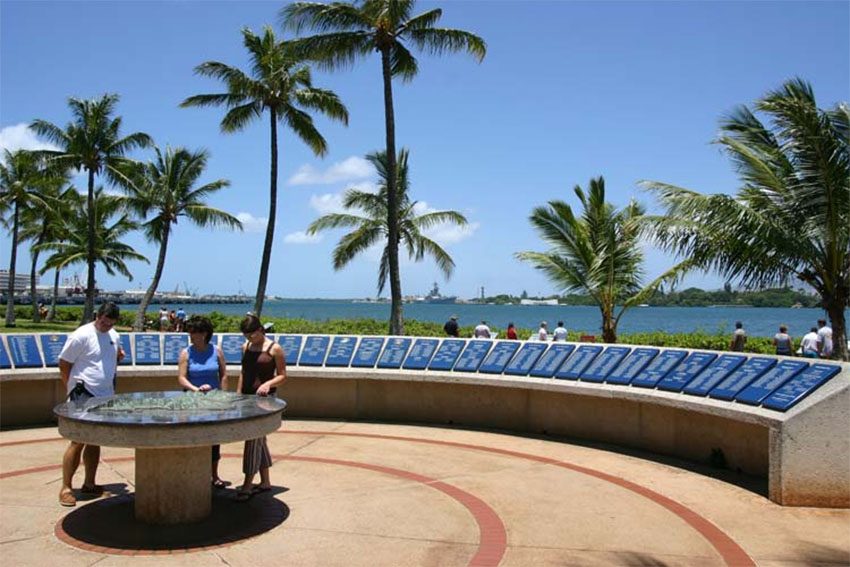 Remembrance Circle: This exhibit pays tribute to the men, women, and children, both military and civilian, who were killed as a result of the attack on December 7, 1941. Medal of Honor recipients are noted with their names listed in gold lettering, and a bronze 3-D map of Oahu illustrates the various attack targets of that day.

USS Bowfin Submarine: The USS Bowfin was launched a year after we entered the war and was on patrol from 1943 to 1945. During that time, she performed several secret missions which included supplying our allies with weapons and rescuing American soldiers. The submarine is now a museum where you can walk around and see what life was like living aboard a submarine during WWII and learn about the missions she had. 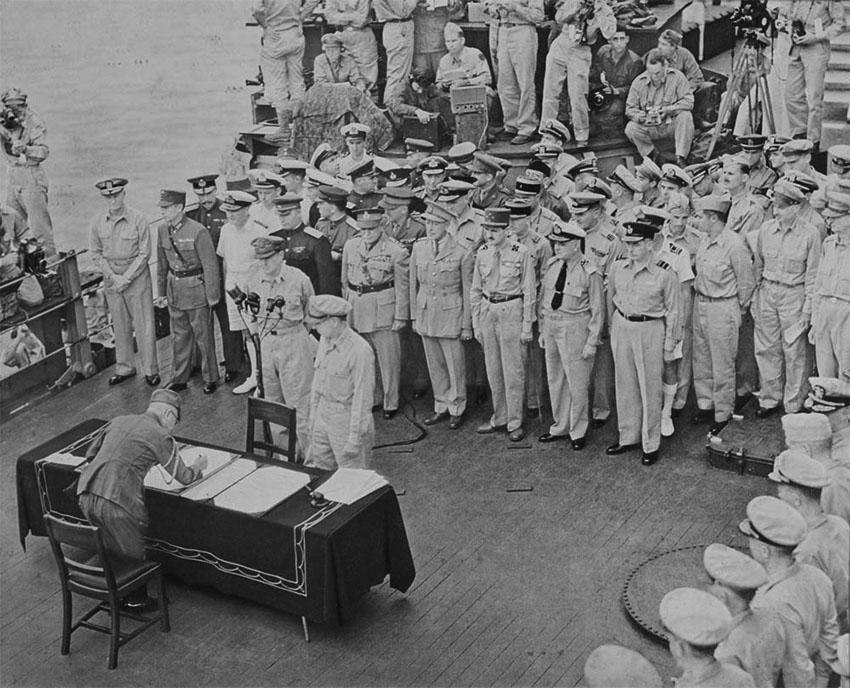 Battleship Missouri Memorial: The Missouri was a latecomer to the war. She entered service in 1944 after traveling from her birthplace in the New York shipyard to Pearl Harbor. From June 1944 until September 1945, the Missouri tool part in several battles, providing cover fire for other ships and land forces. On September 2, 1945, the war came to an end when an “Instrument of Surrender” was signed by Foreign Minister Mamoru Shigemitsu, representing the Emperor of Japan, and General Yoshijirō Umezu, who signed for the Japanese Army. The Battleship Missouri had the honor of becoming the surrender ship where the instrument of surrender was signed. 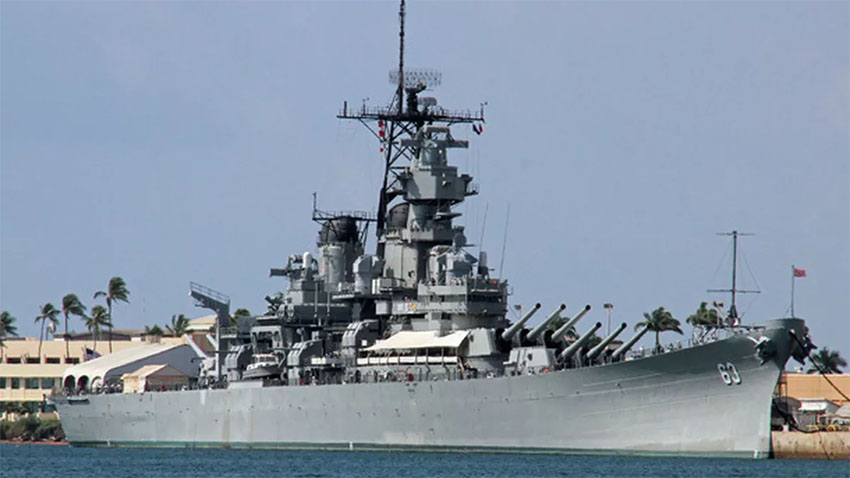 The Battleship Missouri was my favorite place to visit when we went to Pearl Harbor. My son was still in elementary school and they had just learned about World War II that previous year. It was pretty awesome watching him actually experience the history that they taught in school. When we were on the Missouri, he got to lie in the bunks they had, touch the ship’s guns, and visit the spot where the Japanese surrendered.

Pearl Harbor is definitely the one place you do not want to miss when you visit Oahu.