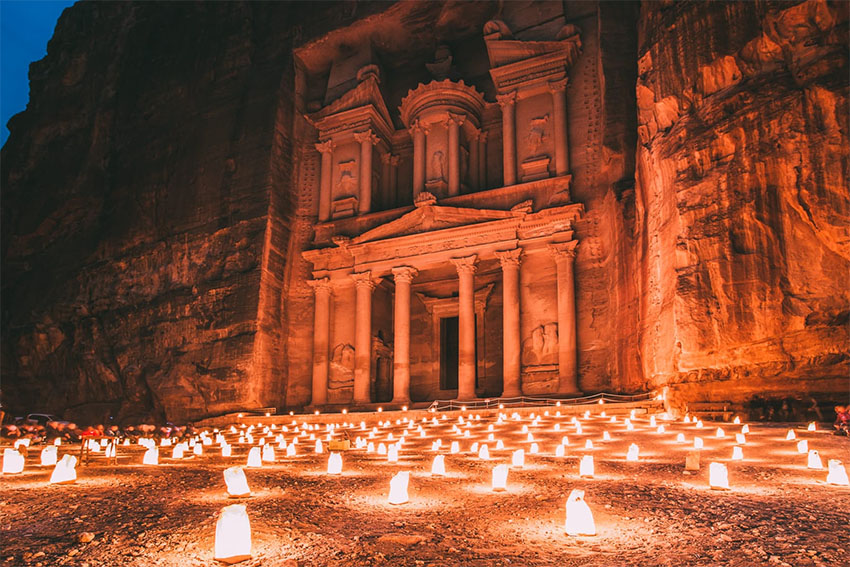 This month many Christian religions start preparing for the birth of the Savior. Depending where you are from this can be known as Christmas, Jul, Joulua, Weihnachten, and so on. For most Christian religions the holiday season will officially start with Advent on November 29th this year. Some forms of Catholicism start as early as November 11th this year. 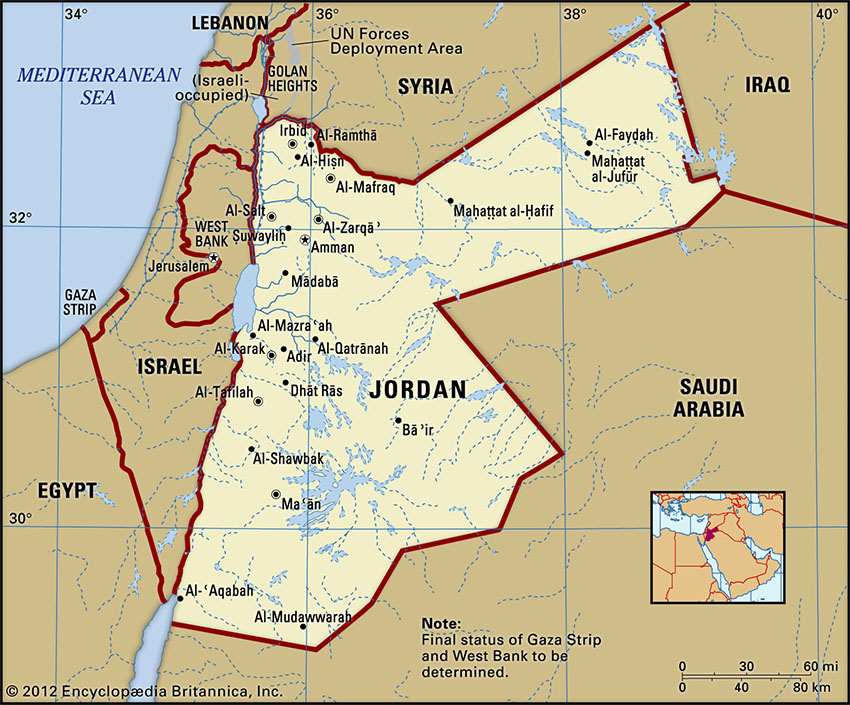 The reason for the religious reference is that this week’s newsletter is about the country Jordon where Christianity is believed to have begun.

Jordan is situated in the Middle East nestled between Syria to the north, Iraq to the east, Israel to the west, and Saudi Arabia to the southeast. It covers an area of around 35,475 square miles.

This region of the world has a very comfortable climate throughout the year. Winter (November through April) brings temperatures between 61 to 71 degrees Fahrenheit and Summer months (May through October) will normally see temperatures with a high of about 80 degrees.

Jordan has three regions with different climates. The Jordan Valley is a fertile area in the North Western part of Jordan. It is just east of the Jordan River and is part of the Great Rift Valley, the largest fault system on the planet which extends for over 3,000 miles from southwestern Syria to Mozambique in Africa. The Jordan Valley northern part ends at the Dead Sea. 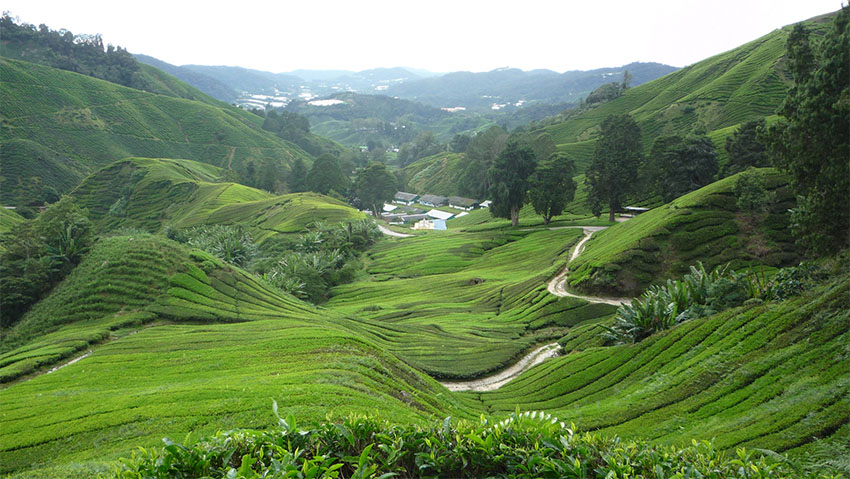 The Highlands. This is the area between the Jordan Valley and the desert. The Highlands run the length of the country, ending near the Gulf of Aqaba. It is marked by a range of small hills, valleys, and gorges. The southern region is famous for its spectacular wadis (valleys), comprised of echoing canyons and riverbeds that fill with water after a heavy rainfall.

The Desert. East of the Highlands lies the desert. This area usually receives less than 2 inches of rain each year. Although the climate can be extreme and major cities are scarce, Jordan’s eastern desert boasts an array of spectacular desert castles and two of its most beautiful nature preserves.

The official language of Jordan is Arabic, but English is wildly spoken – especially in the cities. Their local currency is called Jordanian Dinar. You can exchange your currency at major banks, exchange booths, and most hotels.

There are many reasons to visit Jordan but I’m going to focus mostly on faith based travel in this newsletter. I may come back in another issue and talk about the options for adventure travel, eco & sustainability travel, and luxury (health & wellness) travel. 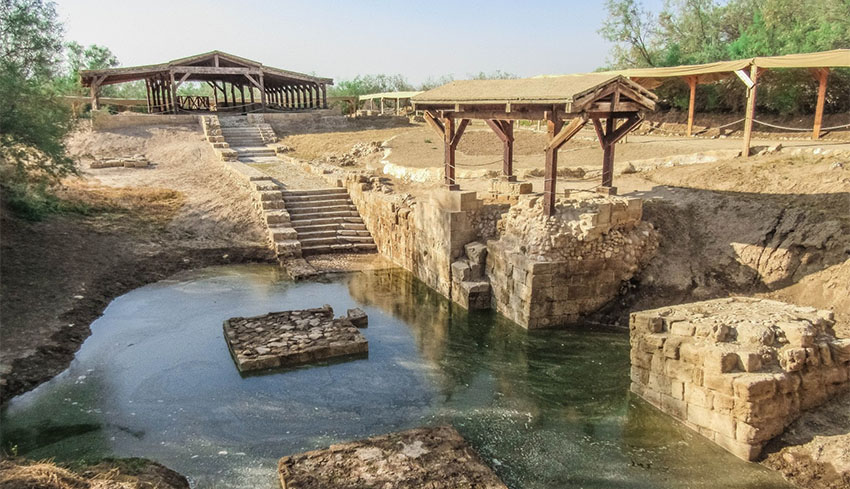 From the time of Jesus until the 6th century A.D. Bethany Beyond the Jordan was known by several names. These included Bethabara, Bethania, Ainon, and Saphsaphas. It is depicted and named on the 6th century Madaba Mosaic Map of the Holy Land as “Ainon (spring) where now is Saphsaphas”. Today the Arabic name is al Maghtas – the Place of Baptism. 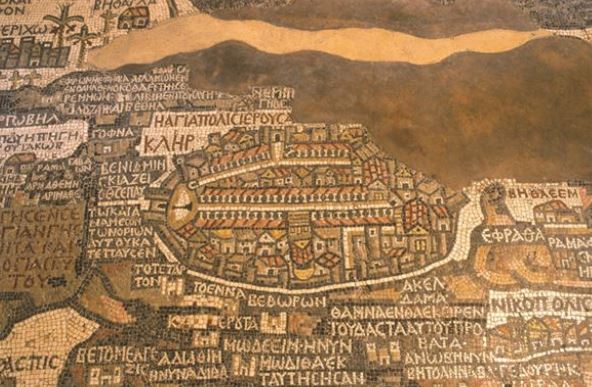 Madaba. The “City of Mosaics” is best known for its spectacular Byzantine and Umayyad mosaics. Madaba is home to the famous 6th century Mosaic Map of Jerusalem and the Holy Land; which covers the floor of the Greek Orthodox Church of St. George; with 2 million pieces of vividly colored local stone, it depicts hills and valleys, villages and towns as far as the Nile Delta. 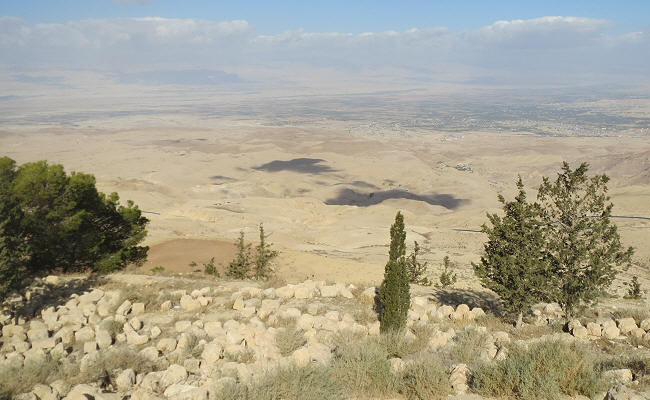 Mount Nebo. A place of pilgrimage for early Christians, this windswept mountain is where the Bible says Moses came after the long Exodus journey to view the land he would never enter (Deuteronomy 34:1). The Bible says Moses was buried in an unknown grave nearby in Moab, “in the valley opposite Beth peor.” 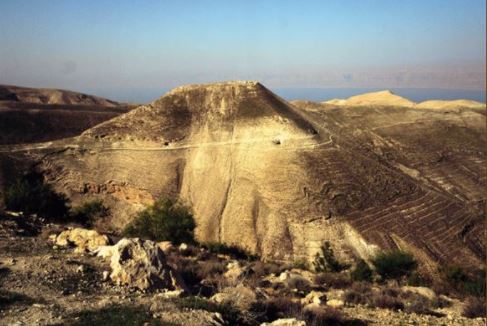 Mukawir. This mountain fortress was a retreat of Herod Antipas, the Roman appointed ruler over the region during the life of Jesus. Here, Salome performed her fateful dance and John the Baptist was imprisoned and beheaded. Atop Mukawir, visitors have a sweeping view of the entire Dead Sea area.

These are a few of the sites you will want to visit when you go to Jordon. There are many other sites with historical significance as well as beautiful natural sites to visit. 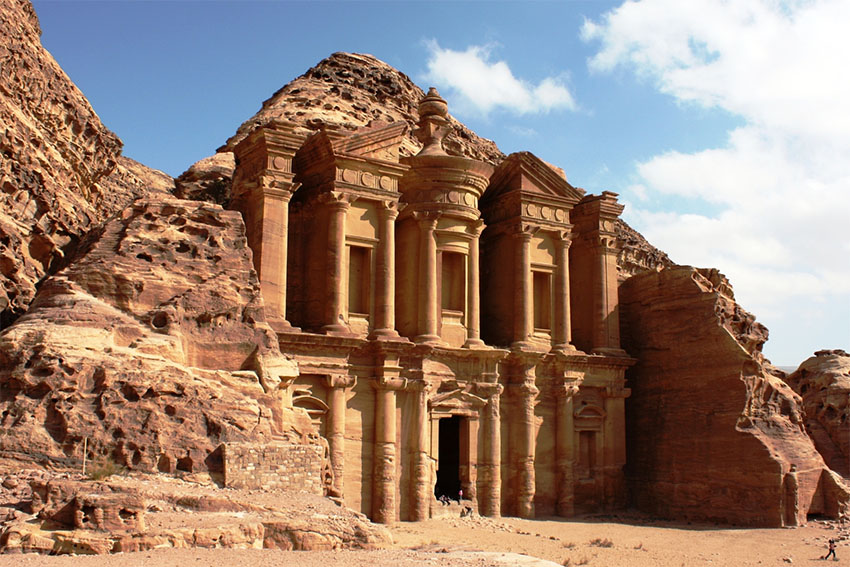 The final site I want to mention is not so much a religious site but a historical one. Petra is located in the city of Wadi Musa. It is Jordan’s most valuable treasure and greatest tourist attraction. It is a vast, unique city, carved into the sheer rock face by the Nabateans, an industrious Arab civilization who settled there more than 2000 years ago. This is a UNESCO World Heritage Site and if you have ever watched Indian Jones and the Last Crusade, you have seen this appear in the final sequence of the film.

I hope you enjoyed this newsletter and learned something new from it. As I have several new viewers this week, I’d like to mention that if there is a destination or topic you would like to know more about in the travel industry, please let me know and I will add it as an option for one of my newsletters.