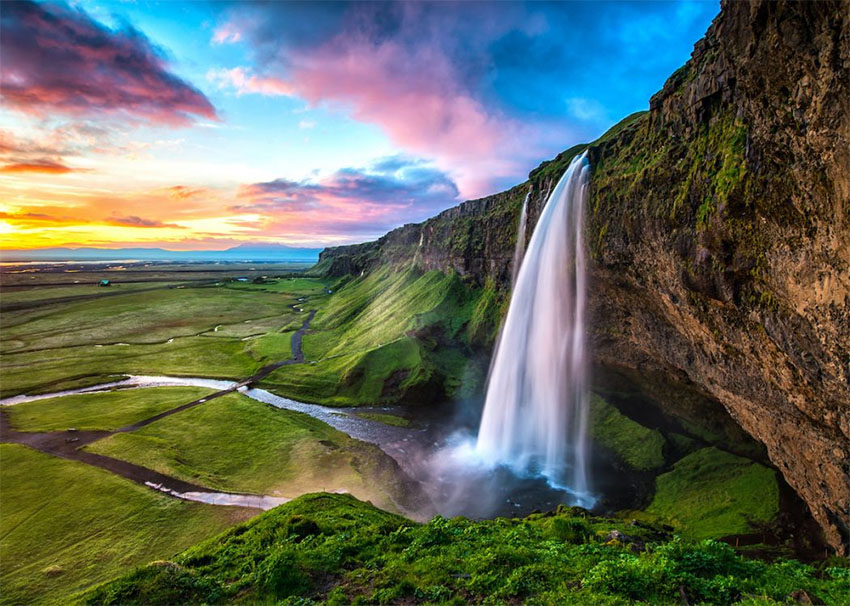 Iceland is an island lying in the North Atlantic Ocean. The nearest neighboring country is Greenland, 177 miles away, followed by the Faroe Islands at 261 miles, Scotland 494 miles and Norway 590 miles. The Arctic Circle runs just north of the Icelandic mainland; in fact, the small, inhabited island of Grímsey, off the north coast of Iceland, lies on the Arctic Circle. 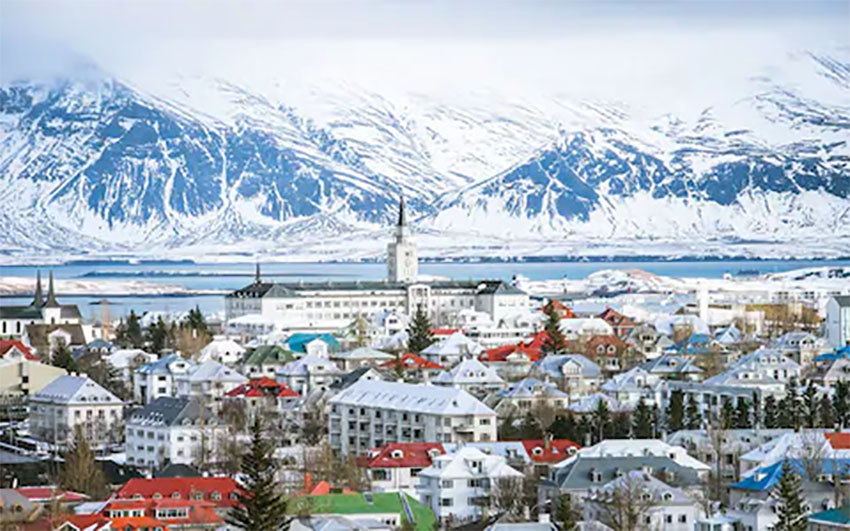 Iceland is 39,768.52 sq miles in size. This makes it Europe’s second largest Island. Great Britain is the largest and then Ireland right behind. Iceland is the 18th largest island in the world. In relationship to the U.S.A., Iceland is about the same size as Kentucky. The capital and largest city in Iceland is Reykjavík.

Because of its location to the Artic Circle one may expect it to be really cold year-round. By Florida standards it is cold but it isn’t terribly cold. The winter months of December through February you are looking at an average temperature of between 28 and 36 degrees. January and February are the coldest months of the year. March through May will be between 30 and 48 degrees. As we enter the summer months, we see June through August ranging from 46 to 57 degrees with July being the hottest month. And the fall months of September through November range from 30 to 50 degrees. These are in Fahrenheit. 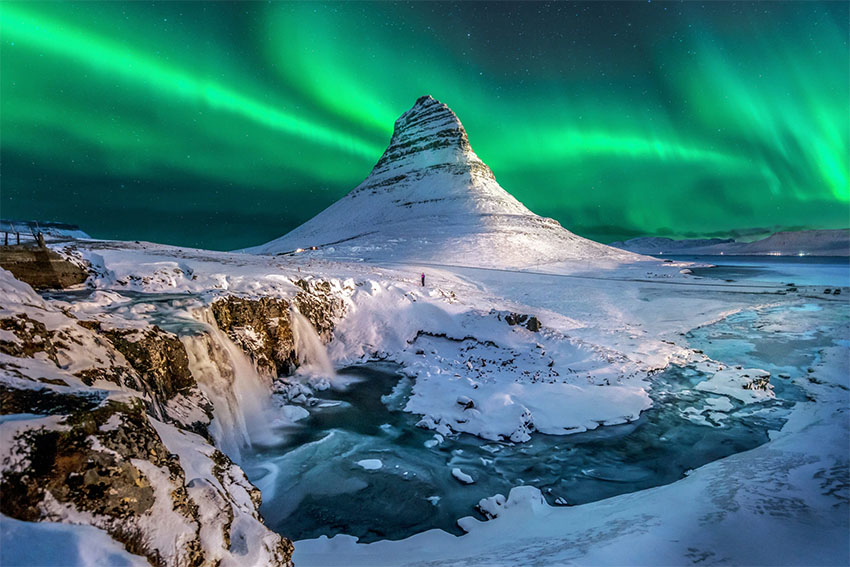 While most tourists are not going to Iceland in the winter months, there are two advantages to going at this time. Airfare is pretty cheap at this time of the year because no one wants to go there when it is that cold. Also, December through February have the darkest nights of the year so this is the best time to see the Aurora Borealis (northern lights).

Getting to Iceland right now is pretty easy, you grab your passport and jump on an airplane, you get off the airplane and go about your business. This happens because Iceland in one of the Schengen Nations that allow US visitors to visit them without a Visa. This will change come 2021 when the European Travel Information and Authorization System (ETIAS) will become fully effective and you will be required to get a Visa to visit any of the countries in their agreement. (I will do a whole newsletter on the ETIAS and how it will affect travel in the next week or two).

Once you make it to Iceland there are plenty of options for getting around and places to stay. One of the most popular options for getting around is to rent a car. As long as you are 17 and have a valid license from another country you can rent and drive a car in Iceland. However, because of road conditions it can be challenging. Many of Iceland’s main roads are paved but you will have areas which are dirt. This can make driving a little tricky, especially when you are travelling along on a paved road at 55 miles an hour and it just transitions to a dirt road. If you decide to not drive, there are buses and other public transportation that go between the main areas of the island. 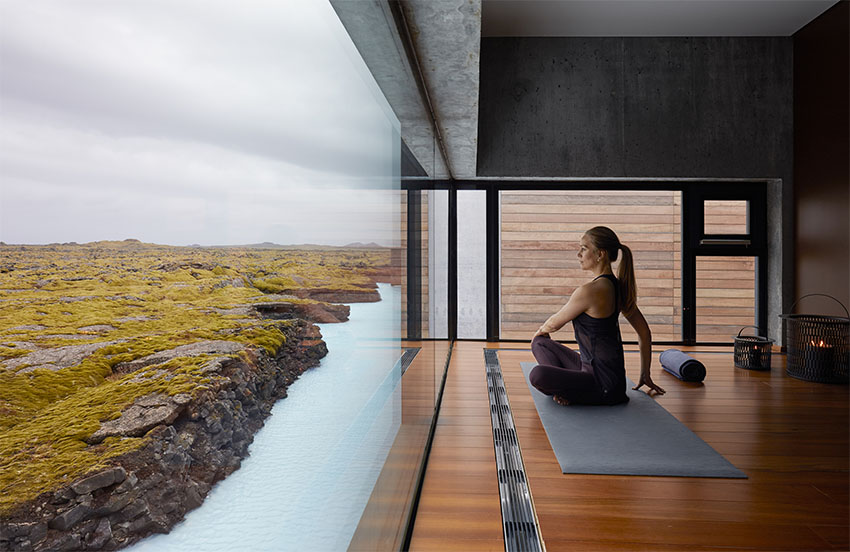 Just like here at home, when you are in the city areas you will find hotels and other lodging options. They will range from simple hostels to five start hotels. If you are adventurous or want something more like a resort to stay at, there are some nice options when you get out of the city.

Regardless of where you go, you will be able to find food. Restaurants are in the more populated areas as well as the least populated. While fish and lamb are most traditional, many restaurants also include beef, poultry, pork, game, seabirds, langoustine, shrimp and scallops on their menus, as well as vegetarian dishes. 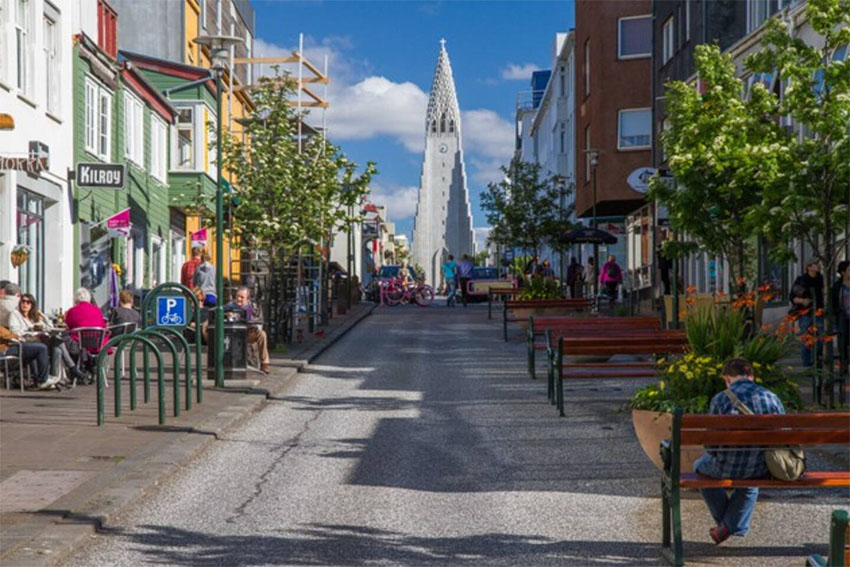 There is also plenty to do while you are in Iceland. Shopping is abundant all over the island. In Reykjavík the main shopping streets are Laugavegur and Skólavörðustígur. (Did I mention that while most people speak English their main language is Icelandic, which they say is based off of North Germanic languages. I believe it is just a bunch of letters and symbols thrown together to make something that looks impossible to read or pronounce). On these streets you can find some upscale design houses featuring the latest in world fashion, together with tiny shops featuring local designers. Mixed in, you will also find souvenir shops, vintage clothing stores, jewelry designers and outdoor clothing outlets.

When visiting other parts of the island you will find residents selling their own products as well. You may be going down the road and pass a farm selling ice cream. Or a house on the side of the road in the middle of nowhere where you will find handmade sweaters or jewelry.

Throughout the year there are many festivals and events taking place. 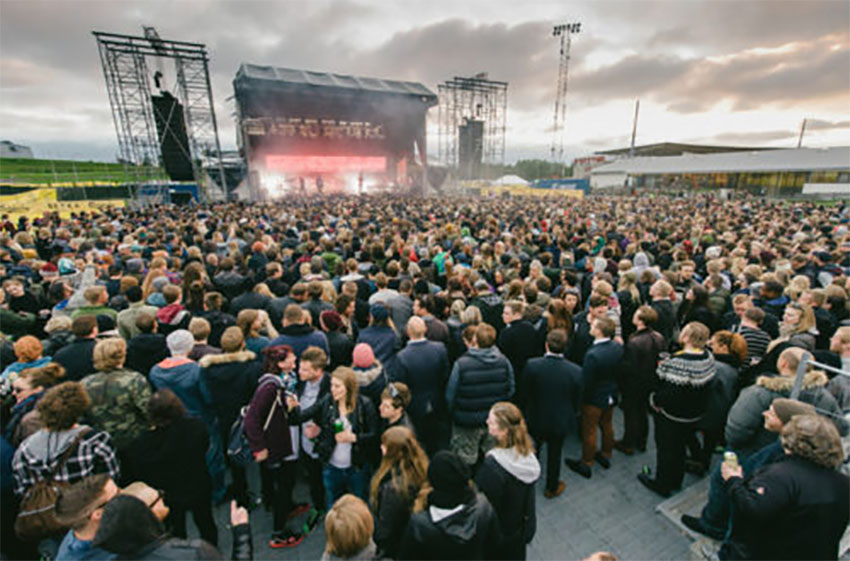 In the spring there is the Aldrei fór ég suður music festival taking place over Easter weekend. The Reykjavík Arts Festival is one of Europe’s oldest art festivals. ATP Iceland is another musical festival which is held around the time of the summer solstice.

Summer brings a Viking festival, the celebration of Iceland’s National Independence Day (June 17, 1944), several music festivals with everything from Folk music to Heavy Metal. There are several marathons and other races that run at this time of the year as well as cultural events.

In the fall there are only two major events on the Island, the Reykjavík International Film Festival (RIFF) which takes place at the end of September and has independent movies from over 40 counties. The other event is Iceland Airwaves which is Iceland’s largest music festival. Airwaves spans five days and showcases some definite spearheading sounds, Icelandic as well as international.

In the winter months you have the Winter Lights Festival, Sónar which is a music festival bringing together an exciting selection of established artists and emerging talent, and Food and Fun which is a food and wine festival where top chefs come together to make gourmet three course meals.

There are also local holiday events that go on throughout the year.

If you are looking for things that you can do anytime; there are museums, hiking, birdwatching, whale watching, horseback riding, golf, and cycling. There are some activities you might not think of right away, like scuba diving. There are actually two places in Iceland that are popular for scuba diving – Silfra, a fissure in Þingvellir National Park, and Strýtan, a thermal chimney in Eyjafjörður.

Caving is also a popular activity in Iceland. Due to its position on a hot spot of the Mid-Atlantic ridge, Iceland is one of the world’s most active volcanic regions. Because of this, there are several cave sites with guided tours. For transportation and safety reasons, different caves may be explored in different seasons. The most commonly visited caves are Gjábakkahellir Cave near Þingvellir National Park in the summer months and Leiðarendi Cave in the Bláfjöll area in wintertime. 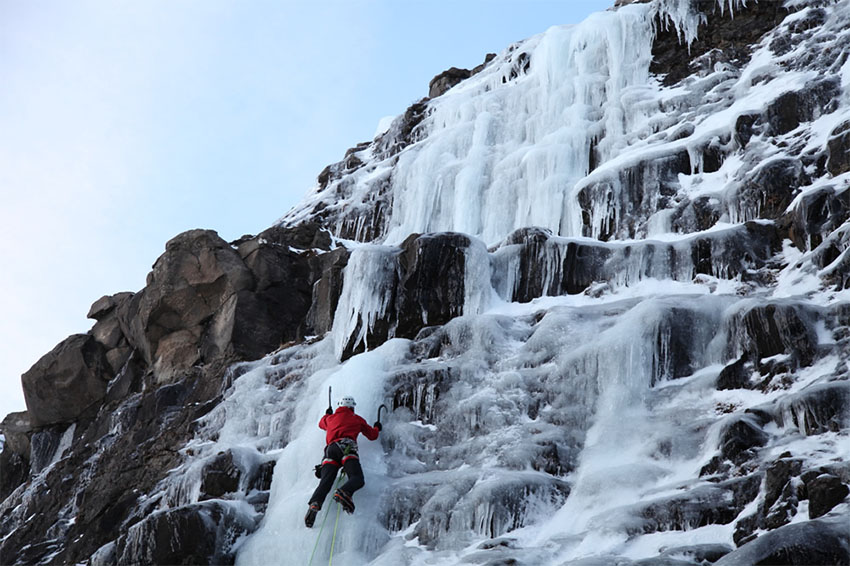 Ice climbing is an activity you may not find at many tourist spots around the globe. While ice climbing on waterfalls is only possible in winter, it can be practiced year-round on glaciers.

As you can see there are lots of activities and things to keep you busy when visiting Iceland. If you are planning on taking advantage of this beautiful landscape, be sure to read my newsletter on the European Travel Information and Authorization System.