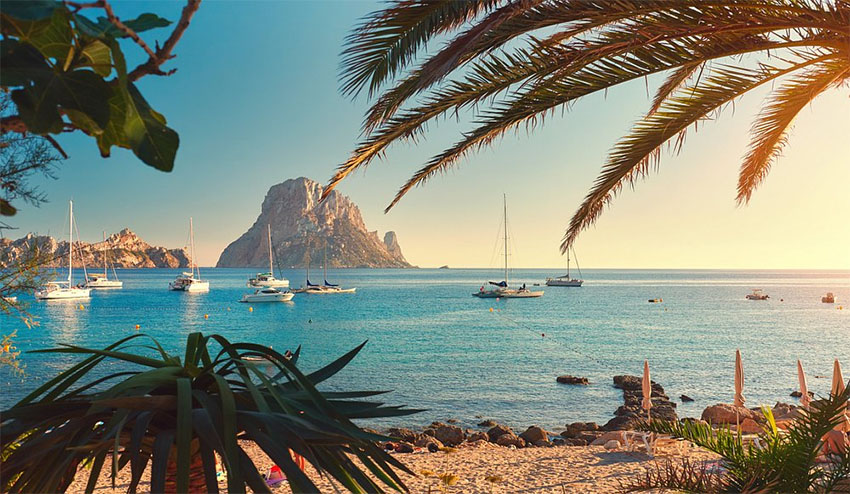 Ibiza is a Spanish archipelago located in the Mediterranean Sea, best known for its exuberant nightlife and vast assortment of stunning beaches. Although known for its party culture, Ibiza is also a destination filled with history, fine dining, and adventure-based excursions. Ibiza sees beautiful warm weather all summer, but it also experiences a fairly cool, wetter climate in the winter. As such, the tourist season runs from early May until the end of October, and younger independent travelers tend to flock to the island during the middle of the summer when school is out. Those looking to take advantage of more agreeable weather and smaller crowds would benefit from a trip to Ibiza in early May when the season has just begun to open up and the weather hovers around the mid-70s in degrees Fahrenheit. This is when hotels and restaurants begin opening up again, providing tourists the chance to experience beautiful hotel views and island tours before it gets too bogged down by visitors. 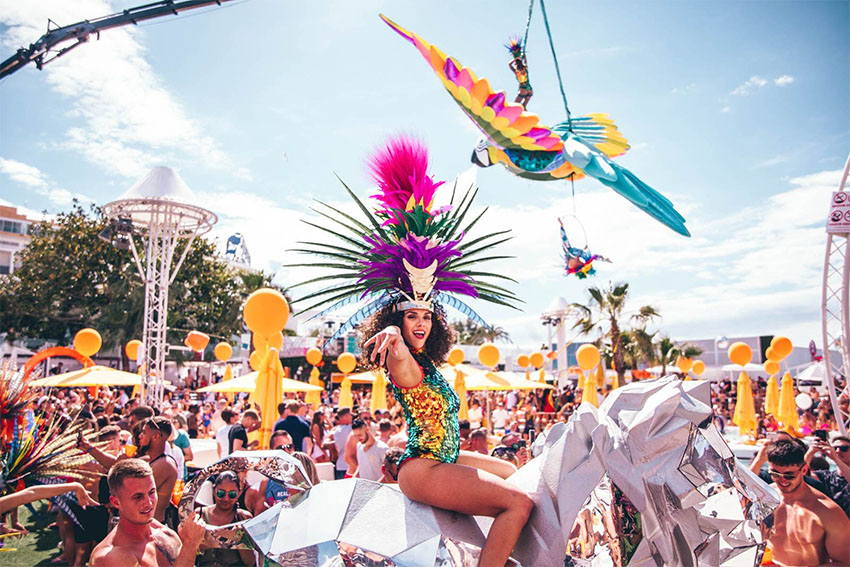 This being said, those who want to take advantage of the famous bustling party scene in Ibiza may prefer to visit in the later summer months, when the island has gotten into the swing of things. Party boats, nightclubs, water activities, and festivals are busiest in July and August when temperatures consistently remain above 90 degrees. Restaurants and clubs stay in full swing until October when the temperatures fall and attractions and excursions begin to close again, marking the end of the season. However, during October, those establishments that do remain open a little longer tend to decrease their prices, which may entice the low-budget traveler to stick it out despite the dwindling temperatures. 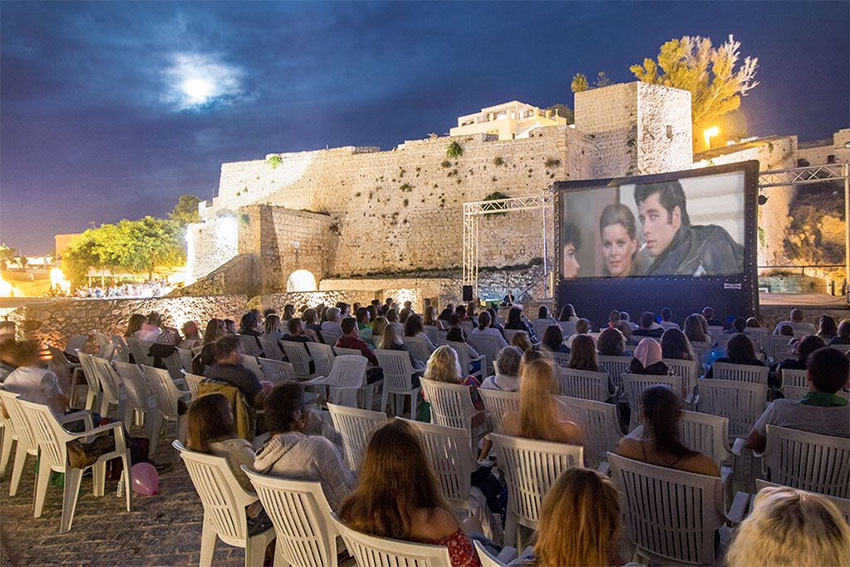 Travelers to Ibiza typically fly into the international Ibiza Airport, located on the southern tip of the island. The most popular area for accommodation on the island is within the narrow, cobbled streets of the old town, called Dalt Vila, which can be reached via a 15 minute drive from the airport or a half-hour bus ride on public transportation. The old town yields gorgeous panoramic views, historic monuments such as the Cathedral of Nuestra Senora de las Nieves, a restaurant located in a medieval castle, and an open-air cinema (called the Cinema Paradiso). The entire area is officially recognized as a Unesco World Heritage Site, and daily guided tours provide visitors a short introduction to the roughly-2500 years’ worth of Ibiza’s history. The old town also boasts some of the island’s best restaurants, bars, and clubs, and is considered a good spot to stay for both families and party-goers alike. 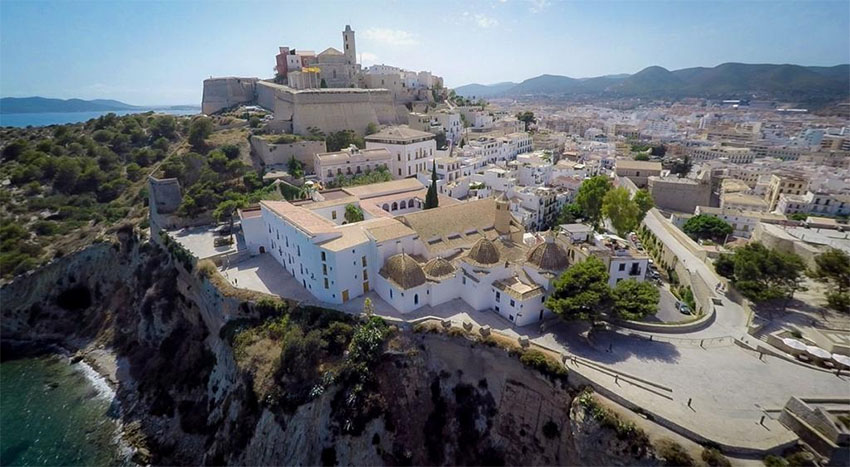 One well-reviewed hotel in the area is the Hotel Mirador de Dalt Vila, which is widely recommended for couple travelers. The hotel offers a free airport shuttle, an outdoor pool and hot tub, and in-suite whirlpool baths. Budget travelers may choose instead to book a private or shared room at the Amistat Island Hostel, which offers a kitchen for free guest use, hosts pool parties for its guests and provides free WiFi throughout the building. 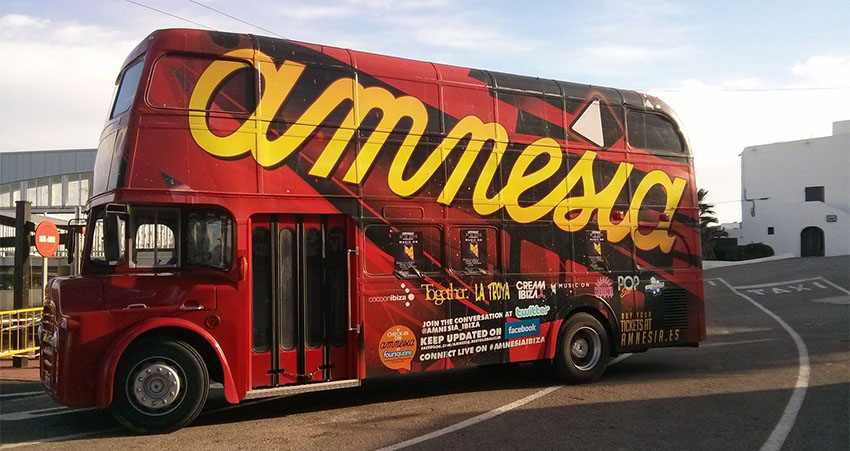 There are various potential methods of traveling on the island, but the easiest method is by car. Although Ibiza is not very large, the public transportation options are limited to buses or taxis. Buses run between the two main towns every 30 minutes and are fairly inexpensive. Taxis are a fairly reliable method of traveling around the island but can be difficult to obtain as travelers cannot simply hail a cab from the street. One must either go to the nearest taxi rank and ask for a cab from there or schedule a cab over the phone.

Many travelers over the age of 21 opt to rent a car at the airport rather than rely on public transit. The cost of a car rental in Ibiza averages about $30-40 USD per day, depending on the type of transmission and car size. Paid parking is available all over the island; however, parking lots fill up very quickly during tourist season. Even if they can find a spot, travelers may still find they have to walk a short distance to their destination. In the old town, where the streets are narrow, parking is quite limited. 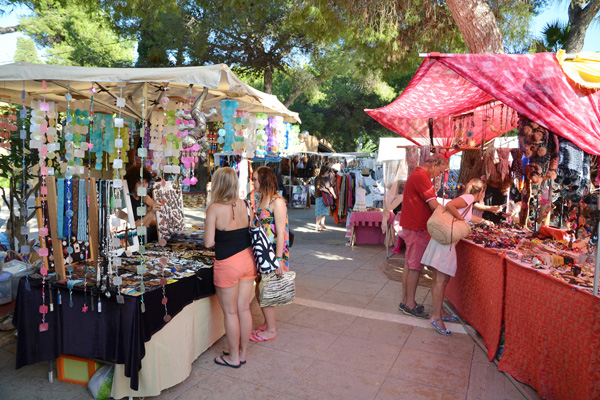 There are many opportunities for daily excursions and sight-seeing in Ibiza. Just south of the Cala Nova beach is the Punta Arabi Market, a well-known local market that sells clothing, jewelry, and other locally-produced trinkets. The market is open from 10:00 am on Wednesdays and Saturdays. Bars and restaurants can be found in and around the market, and live music is often heard throughout the stalls as the afternoon begins. 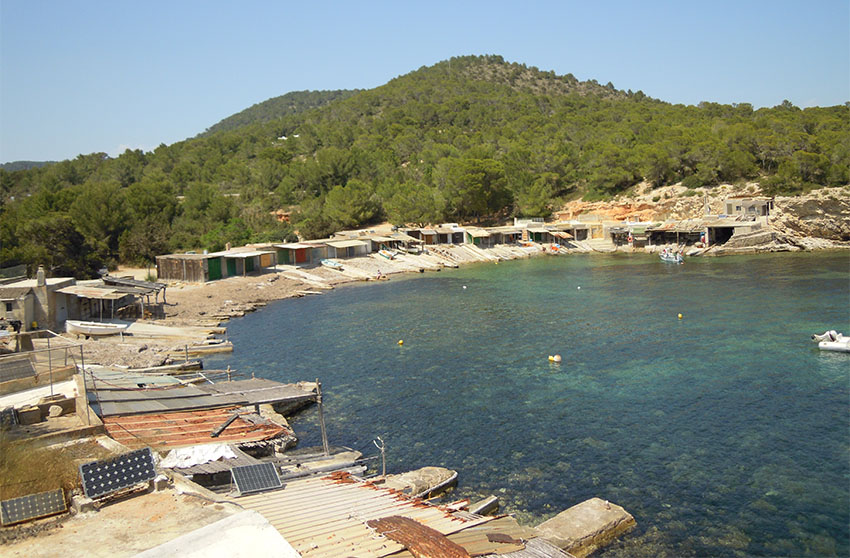 History buffs and photographers alike will be enthralled by Sa Caleta, a fisherman’s cove that is also the site of the ruins of Ibiza’s first Phoenician settlement, which dates back to 654 BCE. Restaurants in the area offer an authentic, family-owned experience serving fresh seafood year-round; for example, Cova Sa Nacra is a restaurant known for its delicious food, idyllic location overlooking the Sa Caleta harbor, and romantic ambiance.

When looking for the best beaches in Ibiza, it is easy to get overwhelmed due to the sheer number located all around the island’s coast. One well-reviewed option is the stunning golden stretch that makes up Aguas Blancas, located at the northeastern tip of the island and often hailed as the perfect place for a refreshing swim in the morning. Another beautiful option is Cala Nova, located just north of Es Canar, which has many rocky cliffs dotting the coast which adds adventure to the picturesque views. 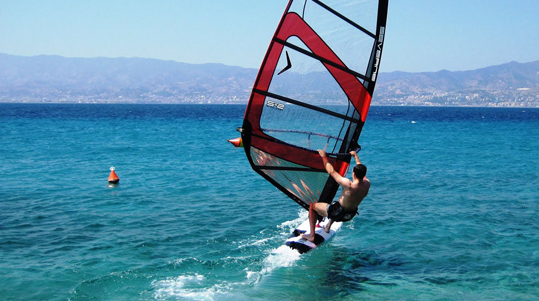 Those looking for water sports and other adventures will be well-served by the various tour boats and water-based excursions offered on the island. Many companies offer activities such as parasailing, jet-skiing, bungee jumping, and party boat tours. Hotels will often provide information about the available excursions nearby, and will sometimes include vouchers for discounts on such excursions. The largest number of water activities can be found in San Antonio, a popular resort surrounding a large bay located on the central northern coast of the island. San Antonio is the second largest town on the island and is also well known for the West End, a famous strip of clubs, restaurants, and bars that often remain open as late as 6:00 am. Eden and Es Paradis are two of the best-known clubs, located right next to each other in the West End. 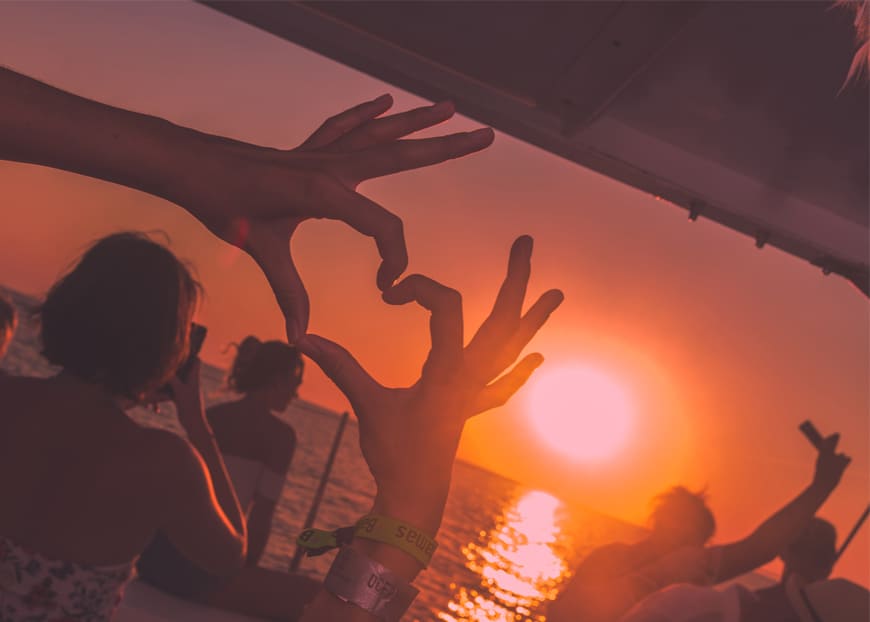 The extensive nightclub and all-night bar options, combined with the incredible views and variety of historically-important sites all around the island suggest that Ibiza absolutely deserves its reputation as one of the liveliest, most exciting, and most beautiful vacation spots in the Mediterranean. Although it can definitely get busy during the summer months, it always has something to offer for everyone, from solo backpackers to young families to retirees. Ibiza is well-worth a slot on any traveler’s bucket list.