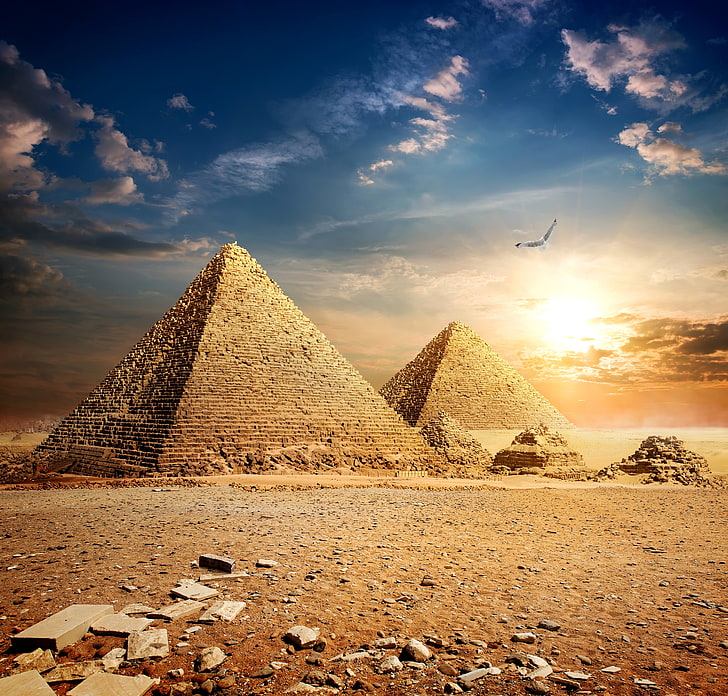 Today I am going to talk a bit about Egypt. When you think of Egypt what is the first thing that comes to mind? The pyramids, mummies, sphinx, tombs of pharaohs, or maybe the image of a camel walking across a desert? Those are some of the most common images of Egypt, but there is so much more and such a rich and deep history. 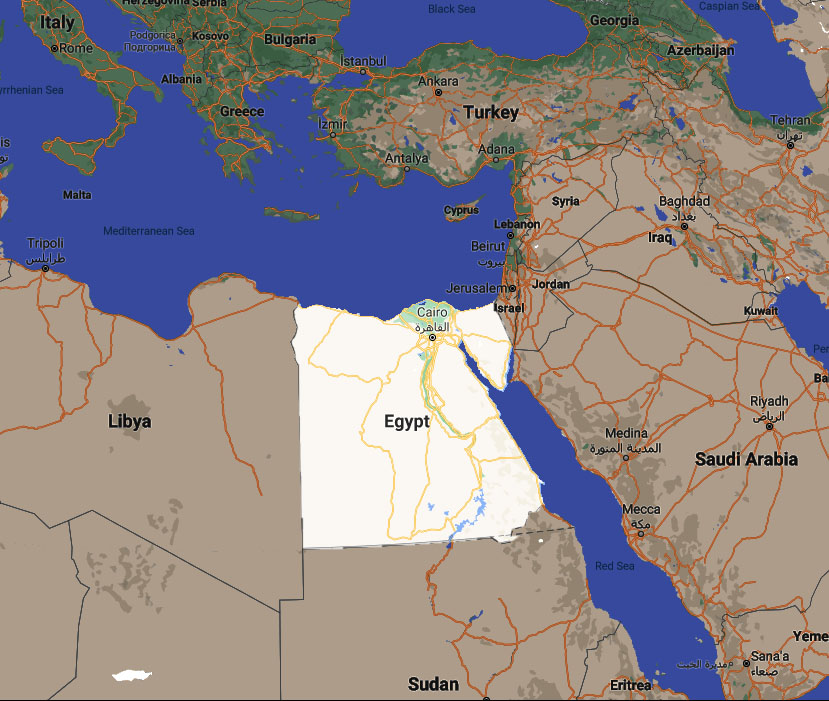 Sandwiched between Libya to the West, Israel to the East, and Sudan to the South; Egypt is a major country that plays an important roll in the stability of North Africa and the Middle East. It is also bordered on two sides by the Red Sea on the East and the Mediterranean Sea to the North. The Nile River also runs through Egypt providing water and a trade route within the country. As for its size, Egypt is 390,100 square miles or about 1/10th the size of the United States.

When you visit Egypt, you will have very few rainy days. Their seasons run similar to those in the United States, summer is June to August, fall is September to November, winter is December to February and spring is March through May. Temperatures run from 48 degrees Fahrenheit to 95 degrees. September to May is the most popular time to go when the weather tends to be a little cooler from 48 to 85 degrees.

You will be immersed in a completely different world when you visit Egypt. Depending where in Egypt you spend your time will also dictate the type of experience you have. I’m only going to touch on four cities in this newsletter but there are many more worth visiting as well.

Cairo is the capital city. If you have an interest in the Great Pyramids or Egyptology this is where you want to be. You can spend over a week in the Egyptian Antiquities Museum with its 120,000 items. Taking a tour of Old Cairo will reveal a treasure trove of religious heritage with ancient relics from Islam, Judaism, and Christianity. Historical sites such as the Hanging Church (Egypt’s earliest mosque) date back to the 4th century. You won’t want to miss the opportunity to shop at the al-Khalili bazaar while you are there. 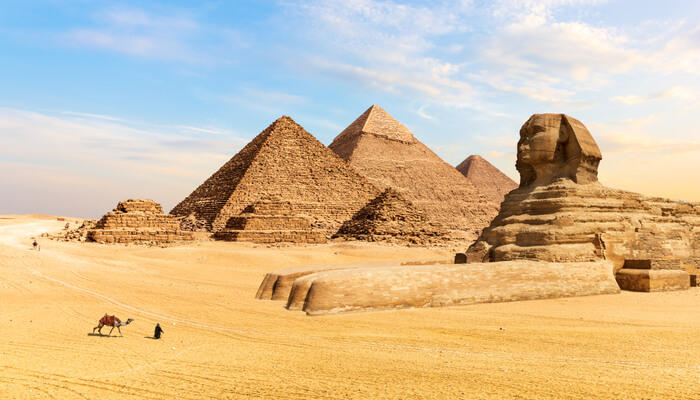 Between Giza and Cairo, plan to spend about three or four days, unless you are really into the Egyptian Antiquities Museum, then plan on spending about a week and a half. 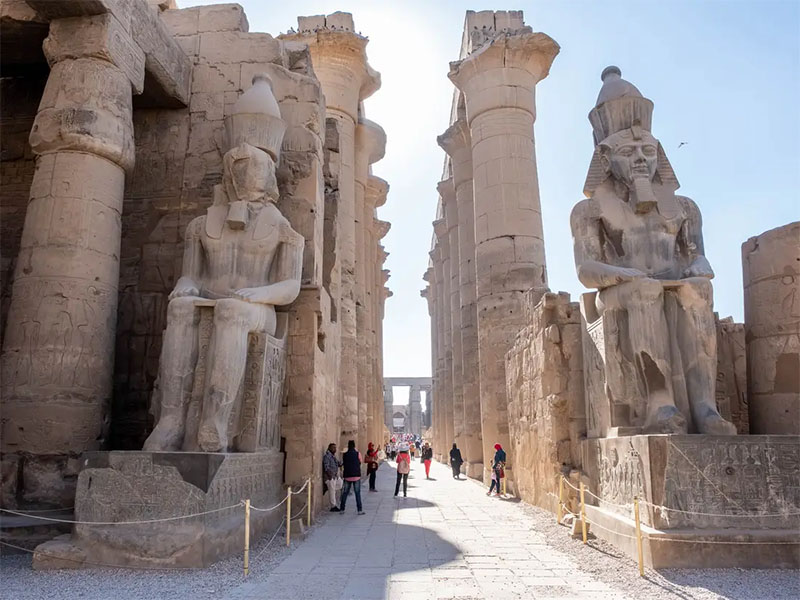 A little over 300 miles south (400 if you are driving) is the modern-day Egyptian city of Luxor (also known as the ancient city of Thebes). At times in history, Luxor served as the capital of Egypt. Because of it’s location on the Nile river it was easy to transport gold mined from the deserts of Nubia to Luxor, making it the countries cultural and political hub.

There are plenty of things to do in Luxor. It is known for the world’s largest open-air museum. You’ll be able to visit Karnak Temple which is a temple city that took over 2,000 years to build, the illuminated Luxor Temple, and the Valley of the Kings. The Valley of the Kings is home to many muraled tombs, pits, and burial chambers. Amongst these is King Tut’s tomb, the final resting place of King Tutankhamun’s mummy.

If you are looking for something a little more resort like for your visit, Sharm el-Sheikh will be the destination for you. It is located at the tip of the Sinai Peninsula (Southeast of Cairo on the Red Sea). While this is a resort town, it has a lot to offer, including golden beaches with deep blue water. It also has its own airport. 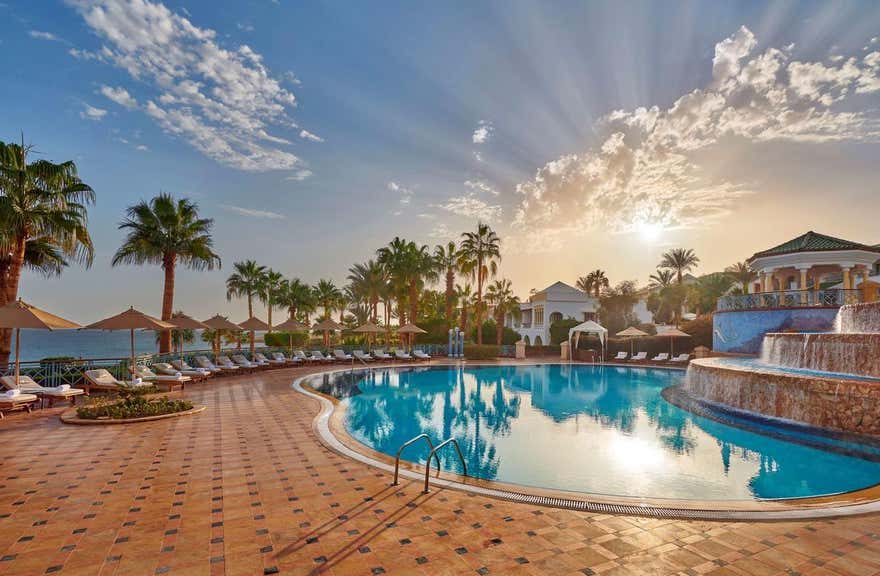 Sharm el-Sheikh’s nickname is the “City of Peace” after the countless international peace talks that have been hosted here.

If you like to scuba dive, Sharm el-Sheikh is one of the best scuba diving spots in the world. Here you can dive (or snorkel) the extraordinary reefs around Ras Mohammed National Park and Tiran Island. These are home to some astonishingly colorful marine life.

Because of its location, Sharm el-Sheikh gives you access into the desert where you can visit Bedouin camps and climb Mount Sinai, which is known for its spectacular view of the sunrise

There are a lot of other cities that you may want to visit in Egypt, such as Alexandria – founded by Alexander the Great, Saqqara – home to hundreds of fascinating tombs and burial sites for pharaohs and other Egyptian royals, and more.

For those who are looking for a more “unpack once – enjoy many cities” kind of trip, there are cruises up and down the Nile, in the Mediterranean, and even down the Red Sea.

Before Covid-10 hit this year, Egypt was expected to have a record-breaking tourist year. It also rated #5 on the list of popular tourist destinations searched on Google this year.

If you want to learn more about Egypt or have a group that you want me to do an Egypt presentation to, contact me. I would love to do more research on this region myself and share that with anyone who will listen.